Healthy food comes in all colors, shapes and prices 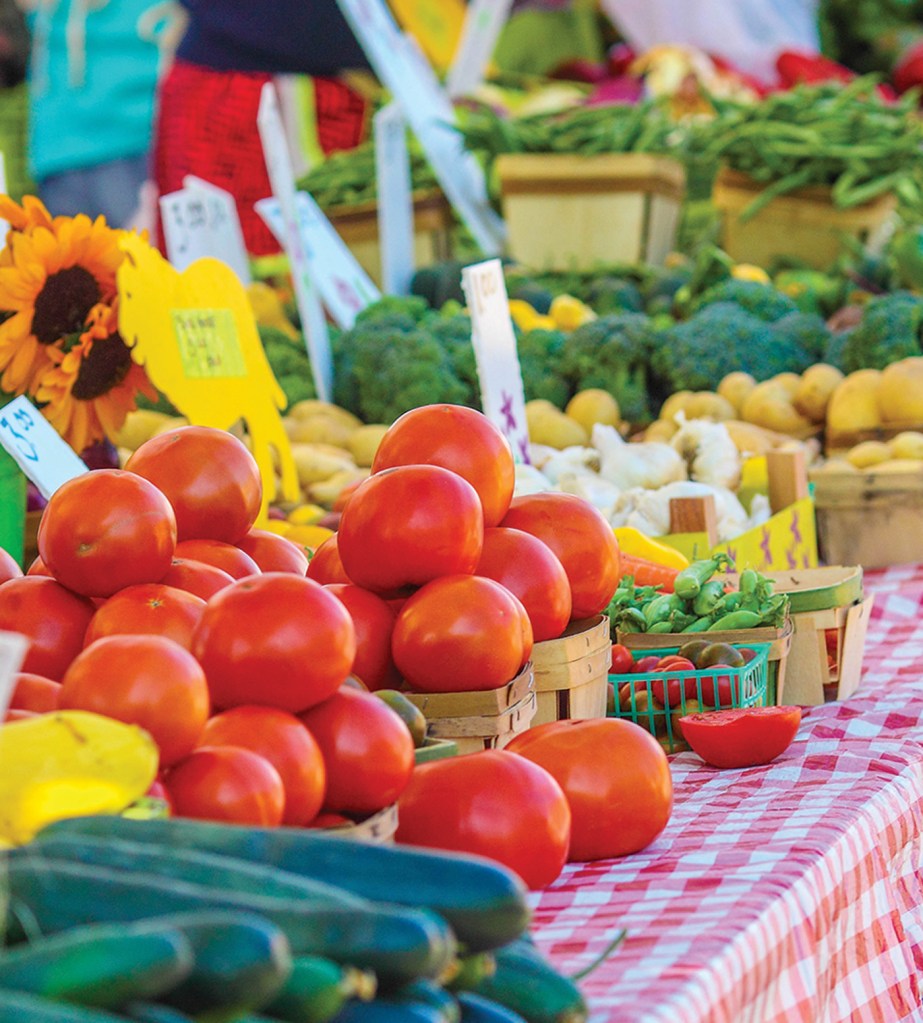 Kentucky is filled with an array of colorful and tasty produce. While many appreciate the leafy greens that reside in a garden, many also enjoy that same color in their wallets.

“If you shop in season, you are going to be able to get produce at a more affordable price,” said Karli Jessie, a family and consumer sciences agent for the Jessamine Cooperative Extension Office.

Kentucky Proud produce items grown by local farmers can be found all throughout the year.

Green produce also varies in availability. The earliest growing green item of the year is asparagus, which appears in late April, but it is only available until the middle of June. Various greens such as spinach, mustard, collard and turnip are available for the longest amount of time between the months of April through November.

Green produce such as beans, broccoli, cabbage, onions, cucumbers, greens, lettuce, okra and peas are all available during the month of June.

White and orange produce vary the most when it comes to temperature. Those who enjoy the sweet tang of white onions or the starchy flavor of potatoes can find both during months of January through March and then again in the months of July through September.

Produce such as sweet potatoes are more common during the colder months of September through February. Other orange produce such as carrots, corn and squash don’t mind the warmth, and they are all available in the months of July and August.

While purchasing various produce items during the time they are in season is good on your wallet, eating fruits and vegetables at any time has added benefits for your body.

Overall, produce carries many nutritious perks. Calcium is good for bones and teeth, fiber keeps your heart and digestive track happy, folate is great for women who are, or who wish to become pregnant, potassium is good for blood pressure, and Vitamins A and C benefits eyes, skin, healing wounds and healthy gums.

“Be sure to include variations in colors,” Jessie said. “Because different colors have different added benefits.”

Yellow and orange fruits are usually good sources of Vitamin A, whereas dark leafy greens are full of Vitamin K, she said.

The tint of the color can also allow consumers to determine the amount of nutrients in produce items.

“The darker the color, the more nutrients it has,” Jessie said.

For example, iceberg lettuce is usually a mix of white and light green, this signals it has very little nutrients and a good amount of water. Romain and spinach leaves tend to be a darker and more vibrant green, meaning they hold more nutrients.

The same can be said for squash. Summer squash is much lighter than its deep orange butternut counterpart, which contains more nutrients.

There are various ways to eat these nutrition-packing produce items as well. Jessie suggested making a sweet potato or baked potato bar for added calories or mixing apples and peanut butter for energy. Some vegetables are even better when they are roasted, such as carrots, asparagus, zucchini, cauliflower and peppers.

For a quick fix, some vegetables such as carrots, sweet peppers and cucumber are just fine raw, and they can be dipped in low-fat ranch or hummus for added flavor.

More information can be found on produce availability, nutritional facts, and recipes at the Jessamine County Extension Office, located at 95 Park Drive in Nicholasville.