Mourning the loss of a magistrate 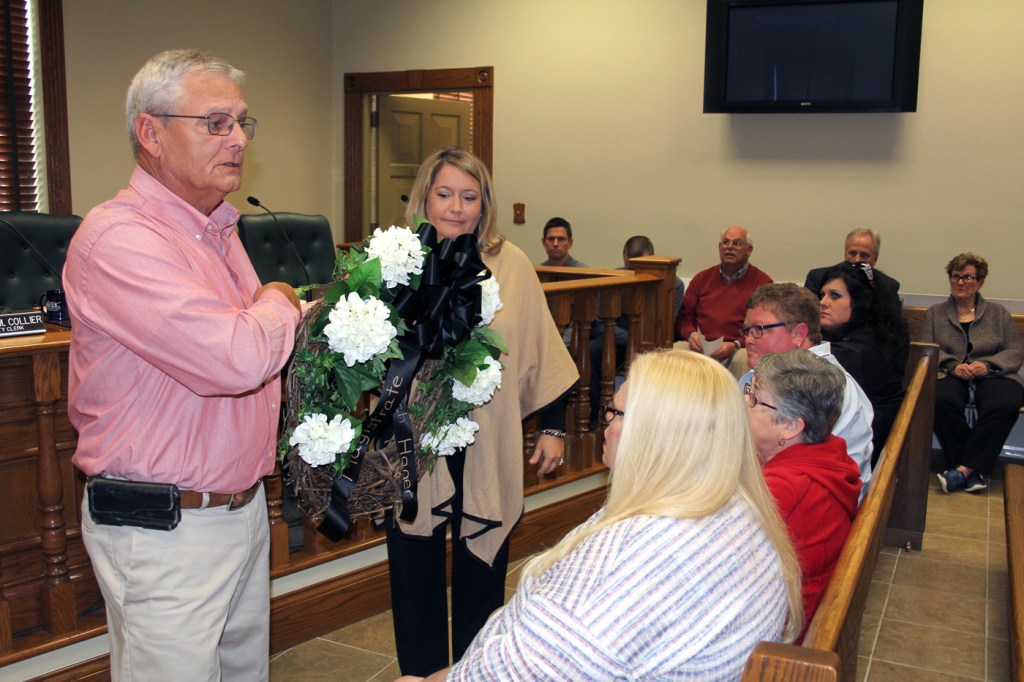 Before the regular session of the Jessamine County Fiscal Court was called to order Tuesday, various county and city officials were joined in the courtroom by family members of the late Burch Hager, a sitting magistrate who passed away earlier this month on March 8.

A wreath was placed in the seat that Hager had occupied as magistrate for the Fifth District.

“I know Burch was proud of being a magistrate, and he took that charge very seriously,” Judge Executive David West said. “When I was speaking with Governer’s office about Burch, telling them a little bit about him, they commented that we need more people like him to serve. I couldn’t agree more. Burch will be missed in this community, and he will be missed in this courtroom.”

West asked Hager’s fellow magistrates, April Rose Prather of District 4 and Gary Morgan of District 6, to give the wreath to Hager’s family, and for Justin Ray of District 1 and Tim Vaughan of District 2 to give them his nameplate. West himself gave them a gavel, which he said symbolized Hager’s unofficial role as the magistrate who always made the motion to adjourn the meetings.

In Hager’s honor, Judge West said that fiscal court meetings will no longer close with a motion to adjourn, an act that has been followed out of tradition as opposed to procedural protocol. Hager made the final motion to adjourn a meeting of the Jessamine County Fiscal Court on March 7, which was commemorated on the gavel.

According to Kentucky law, Hager’s successor must be appointed by Governor Bevin. Judge West told the Jessamine Journal that qualified individuals who reside in the fifth district, could stop by his office and pick up a Boards and Commissioners form to complete and return to make themselves eligible for an interview with the Governor’s office for the seat.

Roughly one year and eight months remain on the unfinished term.

“We will be hard pressed to find as good a friend, man and representative of Jessamine County as Burch,” Judge West said. 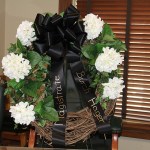 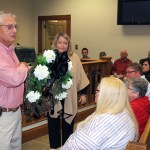