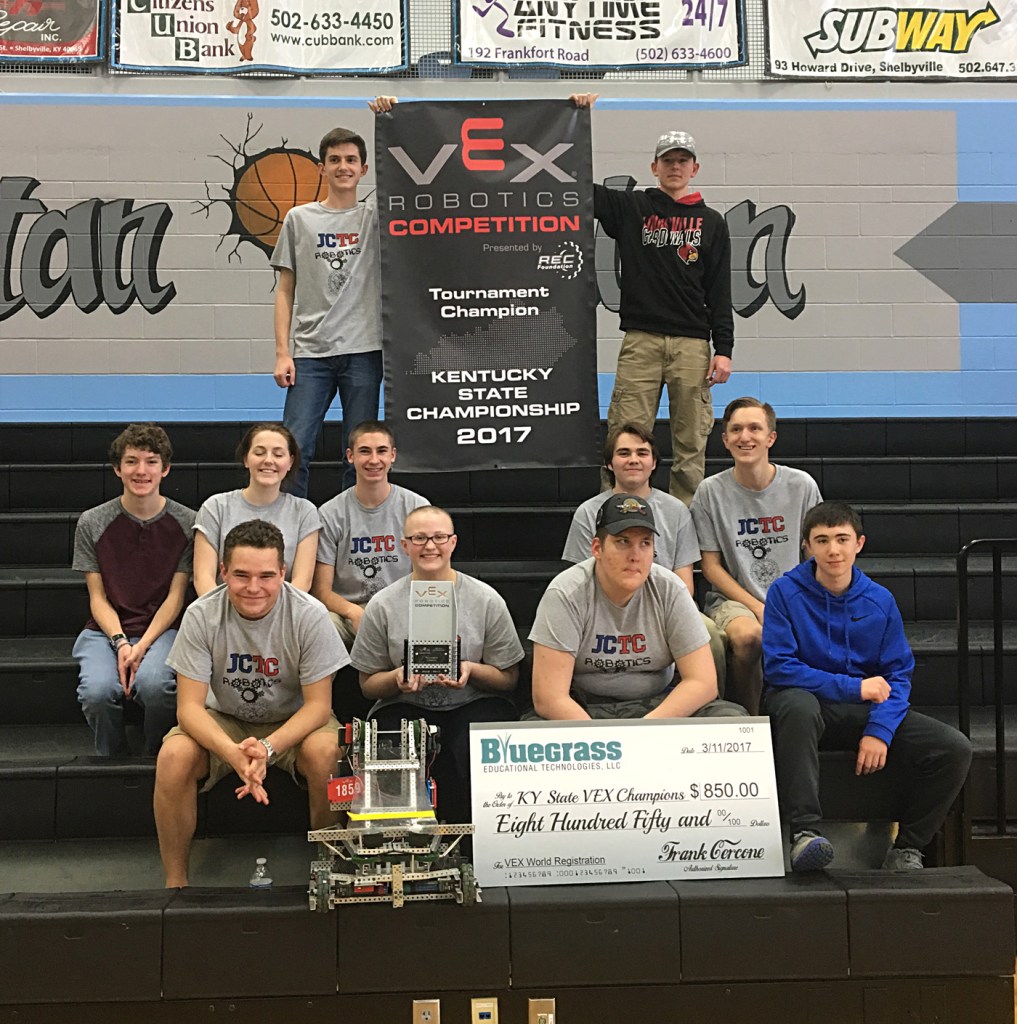 The Jessamine Career and Technology Center Robotics Team will compete in a world competition next month after less than two years in operation.

From April to early May, students worked on the problem “Starstruck,” that VEX Robotics came up with for the competition. The team put in long hours to build, program and practice with their robot.

From October to March, the team traveled to different counties in Kentucky to compete against other high schools and technical centers around the state.

“They’re extremely dedicated, and they are so excited,” Camenisch said. “And I’m excited for them.”

Last year, even with a late start, the robotics team qualified to go to the state competition, and they placed in the top 20. This year, the team placed first in the state on March 11, and they will now progress on to the VEX Robotics World Competition in Shelbyville on April 19 through 22.

“I’m surprised that we made it that far,” said Bradan Wienhold, a sophomore on the robotics team.

Bradan said the team doesn’t really know what to expect from the other competitors.

“It’s a lot more competitive at worlds than it is a state,”

During the state competition, two robots built by students compete in a 12 x 12 arena. A fence is placed between the two robots, and each one throws different objects shaped like jacks and large foam-filled cubes back and forth. Whichever robot has the fewest number of items on their side of the fence wins the round.

“It’s a head to head battle of robots,” Camenisch said.

The same type of competing will occur in the world competition, except it will be in a larger arena.

Among the many teams from different countries such as China, Canada and New Zealand, eight teams — including the one from Jessamine County — will compete for Kentucky.

“Kentucky will be represented really well there,” Camenisch said. “I’m really proud of them.”

An engineering teacher at JCTC, Andrea O’Bryan, said the competition is also much more than just building a robot. It’s also learning and interacting with other teams and learning from them.

“It’s just overwhelming in a lot of ways,” O’Bryan said. “I’m just so pleased  with the hard work and effort these kids have put in over the last year.”