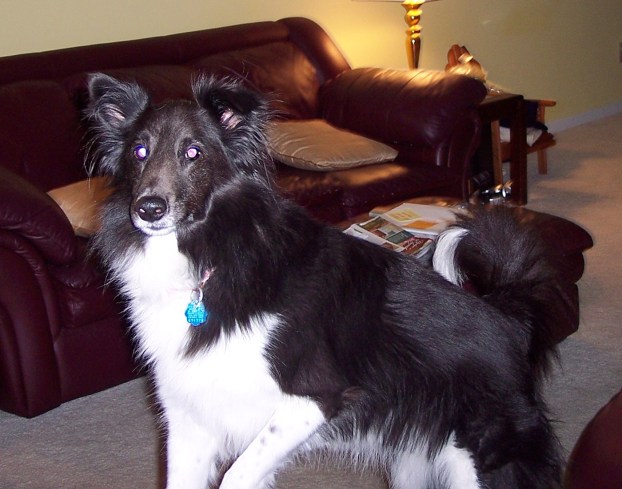 An afternoon stroll last week ended in two injured community members and the death of a family dog.

“We’ve had her ever since she was a baby,” Martin said. “She was just a great, great dog.”

Around 4:30 p.m. on Cherrybrook Drive, three doors down from Martin’s house, a pit bull that was running loose in the neighborhood became aggressive and attacked Chelsea. The dog knocked Martin down. He said he didn’t see it coming because he was watching Chelsea, who was on a leash.

“The pit bull came out of nowhere,” Martin said.

Martin and his neighbor, Nina Wittenbarger, tried to separate the two dogs, but in doing so, both were bitten.

The dogs were finally separated when a stranger intervened and took the pit bull away in their vehicle.

Martin was later treated at Saint Joseph Jessamine in Nicholasville for bites to his neck and his left hand. Wittenbarger was bitten on her hand and her ear. Neither had to get rabies shots.

Chelsea, who would have turned 14 in June, later died at a local veterinarian clinic.

The owners and the pit bull have since been located. The Nicholasville Police have issued a citation to the owners for harboring a dangerous dog. The pit bull will be kept by Jessamine County Animal Care and Control for a 10-day quarantine which ends on Monday, March 27.

“Once the 10-day quarantine is up, it is likely the dog will have to remain in our custody until the case goes before the court,” said Frank Ruggiero, Jessamine County Animal Care and Control deputy director.

No further action will be taken until the charges from the Nicholasville Police Department are filed. After that, a judge will decide the fate of the dog.

Marin said he feels sorry for the pit bull.

“We don’t want the dog put down if they think they can rehabilitate it,” Martin said. “We just don’t want it on the street again.”

As of Tuesday, he was awaiting picking up Chelsea’s ashes, and though his physical wounds are almost healed, he said he feels an emptiness over the loss of Chelsea.

“She was beautiful,” he said. “I just never ever want to see anybody else go through that.”

Dogs running without a leash and without an owner is not an uncommon occurrence, Ruggiero said.

Several codes ordinances pertaining to dogs running at large exist within the city and the county.

For example, under city code 5-27, dogs kept in the city shall be kept within the confines of their residence unless the owners control them with a leash or other similar device at all times. The only exception for this code is when a dog is in a designated municipal park that is used exclusively for dogs.

If a dog is caught running at large, it is brought to the JCACC to be held for five days. After that, they become the property of the Jessamine County Fiscal Court to either be put up for adoption, sent to rescue, or in worst case scenario, euthanized according to the Jessamine County Ordinance 90.03.

On Tuesday, March 21, Jessamine County Animal Care and Control received calls for two separate cases involving unprovoked dog bites, meaning the people who were bitten did nothing to cause the dogs to bite them. Each case involved two dogs.

Ruggiero said there are two things community members can do if they see a dog running at large. They can either call Jessamine County Animal Care and Control at 859-881-0821 and report it, or contact the police at the non-emergency number, 859-887-5447.

To potentially prevent a dog attack from occurring, Ruggiero said it is a good idea for those who are walking a dog or just simply walking, to carry a small air horn, similar to those you see at sports events.

“If your dog is by chance attacked or if a dog is coming at you, blast the air horn and it should detour them,” he said.

These air horns are a method used by the JCACC to prevent dogs from fighting because it usually startles them enough to prevent any issues. They can be found at several stores in Jessamine County or purchased online, and most are pretty inexpensive.

“It’s a great deterrent to distract a dog,” he said.

If a person does not have an air horn and a dog approaches them, there is the option of throwing something, such as keys or a coat to distract the dog, and hopefully cause it to go after the items instead of the person.

Another option is to stand like a tree and put your hands in your pockets. If you stand still and do not make any gestures, the dog is likely to lose interest and go away, Ruggiero said.

If you find yourself in the unfortunate position of a dog knocking you down, the best thing to do is curl up in a fetal position and protect your face with your arms. And if the dog chooses to fight with your dog, find something to separate them with.

Three Nicholasville men were arrested Tuesday evening in connection with a burglary earlier that day at Hunters Ferry Road.  According... read more