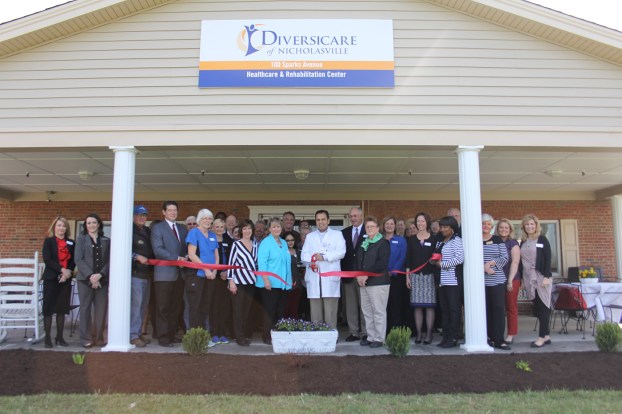 Plans to upgrade Nicholasville’s Diversicare Center began when the parent company took over on June 1, 2014. Last week, many community members showed up to tour the end result at the ribbon cutting event for the Chamber of Commerce.

Roughly $2.5 million was spent adding a new therapy wing to the building, including a new rehab gym, speech therapy room, treatment room and a storage area.

“We created twelve private short-term rehab rooms which are very close to the therapy unit, and they’re just geared more toward patients that are going to be there less than twenty days,” Diversicare Division President Wanda Meade said. “They get intense therapy—whether it’s PT, OT, ST or a combination of all three.” The goal of the program is to help the patients get transitioned back home after their stay in the hospital.”

“It has been a great investment in that center,” Meade said.

Nicholasville’s Diversicare Center, located at 100 Sparks Avenue, is one of 13 in the state.

Donaldson Company, a leading worldwide manufacturer of filtration systems and parts, received the Governor’s Safety and Health Award from the... read more