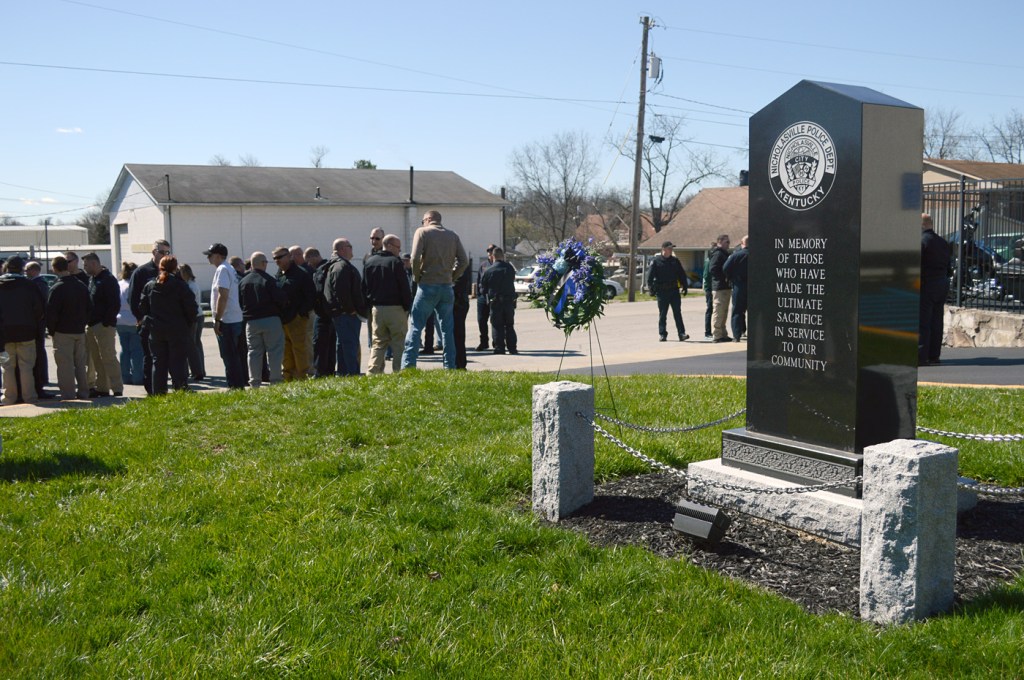 Several police officers and community members gathered around a memorial outside city hall on Friday to remember a fallen Nicholasville police officer.

“We were surprised,” said Sgt. Scott Harvey with the Nicholasville Police Department. “We expected it to be just a small remembrance, but there was a significant amount of community support and city hall support.”

Saturday marked the two-year anniversary of the death of Nicholasville police officer Burke Rhoads, who was killed in a three-car crash on U.S. 27 in 2015.

The memorial was constructed and dedicated in 2016 to honor Nicholasville police officers who were lost in the line of duty.

So far, it is honoring two fallen officers — William Paul Ketron, who was shot and killed in 1941, and Rhoads.

Harvey, who had worked with Rhoads since the two were in Honor Guard, said the officer was remembered fondly.

“He was always the one with the dry sense of humor,” Harvey said.

Rhoads has been described by fellow officers as being an honorable man who was good at his job, who was always doing the right thing at the right time, and an all-around a good guy.