A bike for Brody 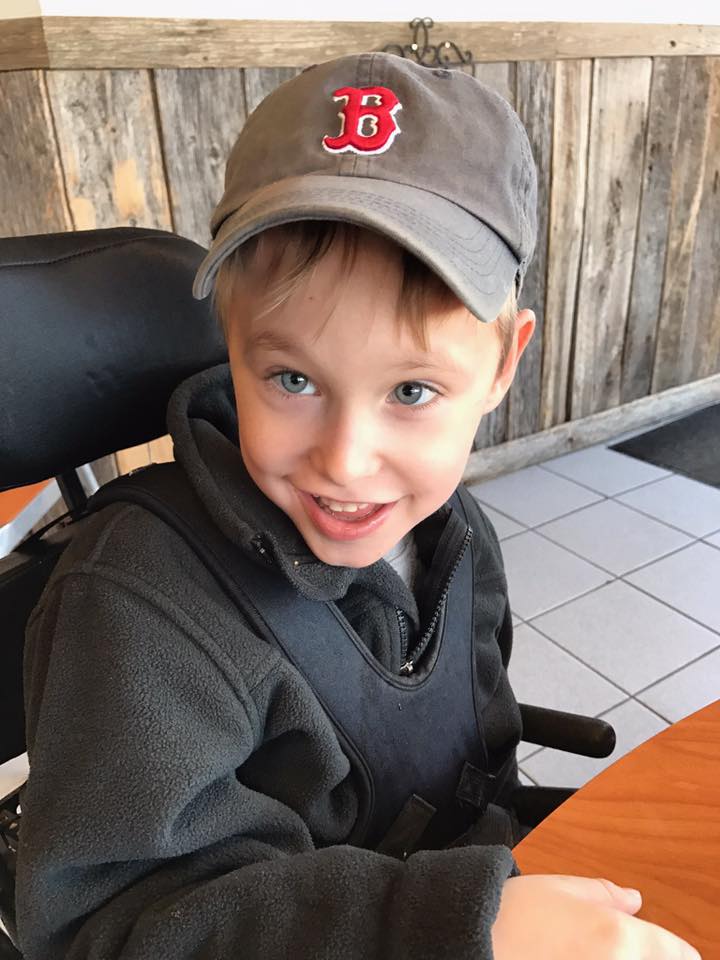 Many remember the joys of the wind rushing past their faces as they rode their bikes on a warm spring day. Thanks to teachers and staff at the Jessamine Early Learning Village, one smiling student will experience that joy this spring.

Six-year-old Brody Toney is like most children when it comes to activities he enjoys doing, such as dancing, swimming, watching videos about trucks, playing with friends and being outside. However, there are some activities, such as riding a bike, that Brody must do differently than his classmates because he has Cerebral Palsy — a neurological disorder caused by a non-progressive brain injury or malformation that occurs while the child’s brain is under development, according to CerebralPalsy.org.

Cerebral Palsy is non-progressing, and in most cases, non-life-threatening, but it is permanent. Though there is no known cure, there are many treatments that can help both children and adults live a full life.

In 2011, Brody was born at 26 weeks, weighing one pound and 11 ounces. He encountered his first challenge in life within an hour of taking his first breath. He had a stroke that resulted in Cerebral Palsy.

Smith said it is Brody’s normal, so it doesn’t seem to bother him.

“He’s happy, and that’s all you could really ask for,” she said.

Smith said Brody is a reminder of what’s important in life, because he highlights the little things most take for granted, such as eating on your own, sitting on your own and simply walking and riding a bike.

Brody is a quadriplegic, meaning it’s hard for him to use his arms and legs at different times.

“His hands want to do the same thing that his feet are doing,” Smith said.

Due to the disorder, Brody faced many challenges such as learning to eat drink and sit up on his own. These challenges have yet to hinder Brody’s progression and his attitude.

“I don’t like being told that Brody can ‘never’,” Smith said.

Brody came to the Early Learning Village when he was three years old. He began his educational journey with Special Ed Teacher Tonia Mitchell.

“He tries so hard,” Mitchell said. “He’s one kid that nothing really stops him, he’s a doer.”

Brody lovingly referred to Mitchell as “Sunshine” when he and his mother made a video to nominate her for Teacher of the Year in January.

Brody is now in Kindergarten, and Mitchell is still by his side.

“He speaks very eloquently,” she said.

Thanks to countless nights of reading and hard work, Brody began speaking last year. He is able to communicate what he wants and be outgoing. He uses words such as “fabulous” and “fantastic” to describes things he likes. That verbal communication has allowed Brody to make a bright impact on everyone he meets.

Brody is also not lacking when it comes to friends.

Brannen said the students in her classroom go above and beyond to make Brody feel included.

“He is a peer on their level,” Brannen said.

Every student in the classroom has helped push Brody’s wheelchair at least once.

His wheelchair is not the only means Brody has for getting around. A few years ago, Brody’s grandparents bought him an adaptive bike made to fit his needs. Last summer, Brody learned how to pedal the bike on his own. Sadly, right after he learned how to use it, Brody outgrew his bike. Smith began to dread the question, “Where’s my bike?” that was likely to pop up this spring.

“We squeezed every inch that we could last year,” Smith said.

Smith was told about Friendship Circle’s Great Bike Giveaway by a nurse at Cardinal Hill.

An adaptive bike can cost up to $5,000, and because it’s elective, insurance doesn’t cover it.

Through the Great Bike Giveaway, Smith would only need to raise $2,800 to get Brody a brand new bike that would fit his needs and allow him more independence. She started the fundraiser for the bike a little over a month ago.

Smith had raised $1,500 through networking and her Facebook page, Team Brody Lex, when the school caught word of the fundraiser and decided to help out.

“They want to give him the same chance that any other child gets, and this bike allows them to do that,” Brannen said.

Brannen decided to spread the word about the bike throughout the school, and have a potluck to raise money for it.

She said before they even had the potluck, families of the 25 students in her class had already donated $200.

“I think it says a lot about our staff,” Brannen said. “They understand the right for inclusion.”

The same day as the potluck, Mitchell went to Brody’s home and delivered the money to the family.

“I cried like a baby because it’s so overwhelming to know that there’s a community willing to help,” Smith said. “I can’t even put into words how amazing that school is.”

The school’s donation gave the family the exactly what they needed. Smith received a confirmation email from the bike company saying Brody will get his new bike, which will be delivered between 6 to 18 weeks.

Brody’s old bike will be donated to another child who needs it.

“We’re going to grace another family with a bike,” Smith said. “And hopefully they’ll use it and love it just like we did.”

Three days after finding out he would be getting his bike, a shunt in Brody’s brain malfunctioned.

“He made it back to school after the fundraiser for just enough time to say thank you,” Smith said.

Brody went to the doctor on Wednesday, March 9 after he displayed some abnormal symptoms like having trouble speaking. A shunt that helps drain spinal fluid from his brain had become dislodged and was no longer working, and it was causing his brain to become swollen. That same day, Brody had emergency brain surgery.

Brody just underwent his sixth brain surgery in November, making this made his seventh.

Due to the cold and flu season, within 10 hours he was back at home resting in his own bed.

“We came home and he’s been a spitfire ever since,”

For the first time, Brody will go to Cincinnati Children’s Hospital at the end of May for rehab. And he is expected to return to school next week.

Brody said he can’t wait to tell his friends about his new bike and be able to ride and race with them when it warms up. He is also excited about picking out a bicycle helmet.

“He thinks it’s the most fabulous thing ever,” Smith said. “Now he has the chance to be like the other kids.”