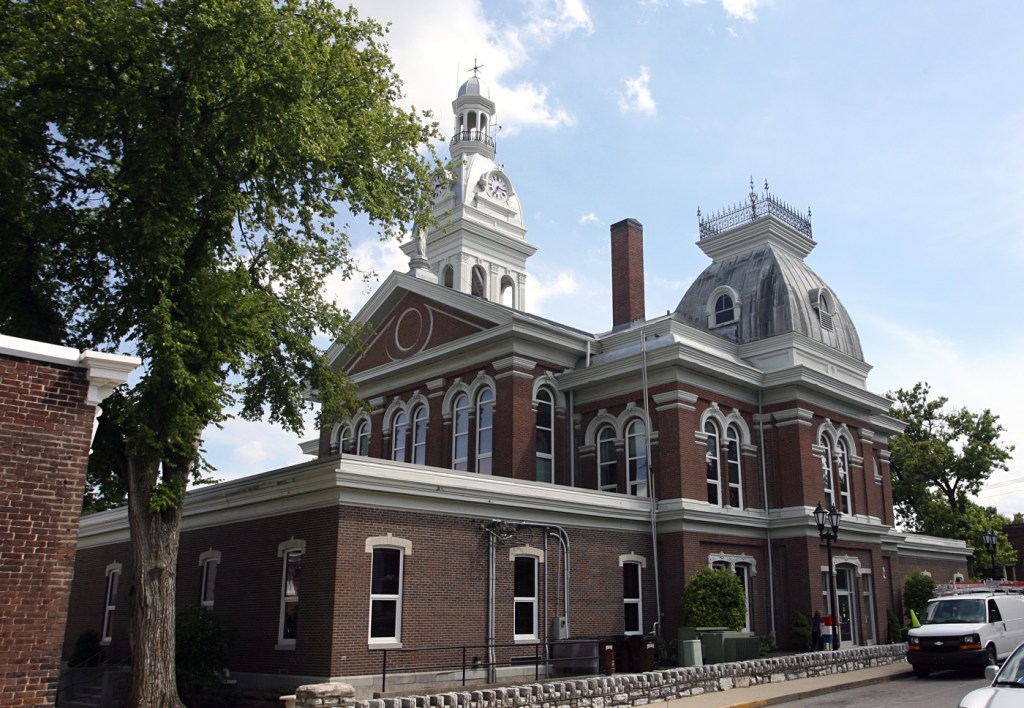 Water damage seemed to flow throughout a recent assessment of the Jessamine County Courthouse conducted by an architectural and an engineering firm from Lexington.

The reports of the assessment — which began in December 2016 — were completed in January 2017. Aaron Nickerson, AIA, with GRW Engineering presented the final report to the Jessamine County Fiscal Court on Friday.

Judge Executive David West said he doesn’t know if a structural assessment had ever been done prior to this, and he wanted one to ensure there was nothing to be concerned about.

“I just wanted to get some eyes on it,” he said about the building.

The courthouse is made up of two renovated wings and a historic center complete with most of its original materials such as terne metal.

The architectural part of the assessment — which outlined immediate and longterm needs for the building — was broken into five different categories: roofing systems, masonry, metals and painting and interior and plaster work.

A common factor that leaked into almost every category was water damage.

Though Nickerson said the historic part of the roof could use quite a few repairs, it’s in pretty fair shape for its age.

“It’s pretty amazing that it looks that good right now,” he said.

The structural assessment was conducted by POAGE Engineers. West said that in the assessment no major structural repairs, except for the roofing, were found.

“The good news is our building is pretty sound,” he said. “The bad news is we’ve got a lot of leaks.”

Those leaks can mostly be seen coming from the roof through various hairline cracks and in places where the old part of the structure meets the new. The water and moisture are also affecting other parts of the building such as the masonry and interior. In some places inside the courthouse, plaster is beginning to flake and hairline cracks can be seen on the walls.

“You can’t address anything until you stop the moisture,” West said.

Though none of the repairs needed are immediate, Nickerson said it is better to do them sooner than later.

West said one of the items he would like to address first is the roof.

“We’ll move forward,” he said. “Because when you have a roof leaking, you don’t have any choice but to affect the repairs, and you certainly don’t want any more damage.

The upgrades and repairs will be discussed over the next few fiscal court meetings.