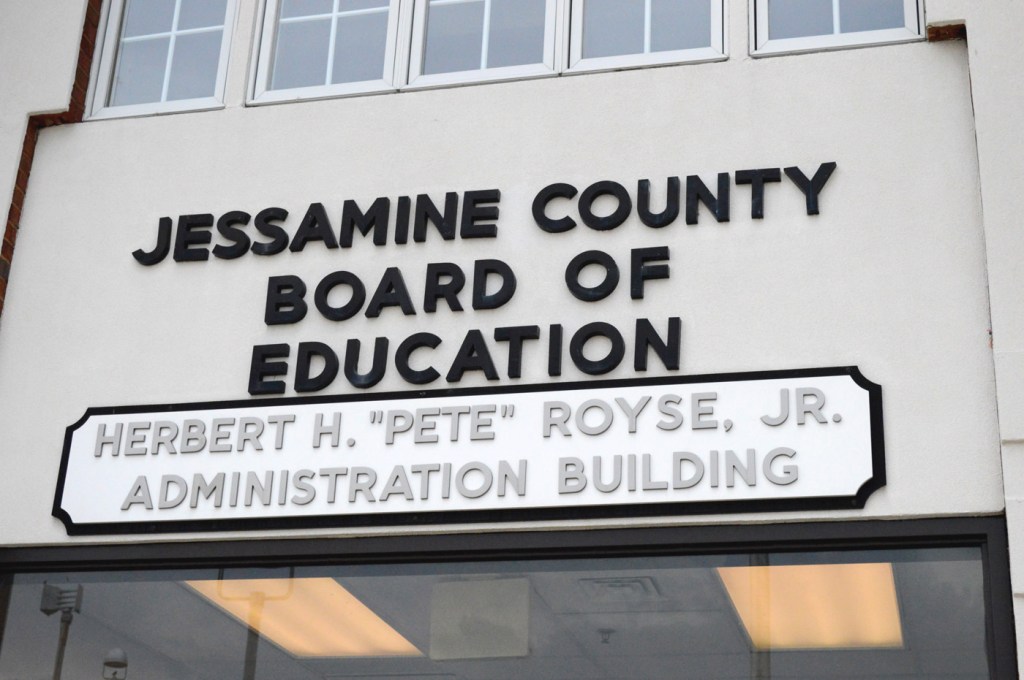 Though the discussion and approval for spot redistricting had been taken off the agenda for the school board meeting on Monday night, some community members still came forward to voice their concerns.

A statement was sent out by Jessamine County School administrators on Monday afternoon concerning the consideration for approval of a proposed spot redistricting plan that was presented at the work session on Monday, Feb. 13. The delay in approval was due to additional information received on Feb. 27 regarding a house bill that is currently under consideration by Kentucky legislature. The proposed HB 151 would permit a student to enroll in the school nearest to their home, except in cases in which there are academic or skill prerequisites for attendance in that school.

If approved, HB151 would prompt a major redistricting for the 2019-2020 school year, according to the statement.

The Jessamine County Board of Education decided to delay their vote on the proposed spot redistricting plan until additional information about HB 151 is obtained. More discussion may occur at the next board meeting after the legislative session has ended.

Virginia Mims served as the voice of some of the community members who attended Monday night’s meeting. Mims started off by saying overcrowding at Rosenwald-Dunbar does need to be resolved and greater diversity is a priority, but she said she cannot accept that the proposed redistricting plan is the best option without convincing data.

Mims said the proposed redistricting map that was given by the school district is completely illogical.

“It is illogical geographically to create a carve out in the middle, and still bus kids on the northeast through the carved out district to schools on the west,” Mims said. “It is illogical and damaging to redistrict the same families again after having just redistricted them four years ago, wrenching them from their social and community networks again.”

Mims asked the board to explain how the proposed spot redistricting plan could possibly be the best option.

“In my opinion, the redistricting process thus far has been deeply flawed,” Mims said. “And these flaws must be rectified before a legitimate vote can be held.”

“Why have the taxpayers not been given adequate opportunity for community involvement and feedback well in advance of the vote,” Mims questioned.

Mims said previous board minutes were hard to get ahold of due to being password protected.

“These issues delegitimize a process that should be open and transparent to the public,” she stated. “As such, the vote should be postponed until these issues are rectified, or the vote will appear to be illegitimate and ethically questionable.”

Mims requested the school board provide information such as a detailed outline of all redistricting options, growth and demographic projections, a detailed analysis of how each redistricting plan accommodates those projections for all schools, reports on strengths and weaknesses, short-term and long-term impacts of each plan and transit and funding allocation information.

She also requested that a community committee is formed and a meeting be held for all options to be thoroughly explained to the public and open for public discussion and input.

“Please don’t push an unsustainable ‘band-aid’ plan through simply because there has not yet been sufficient professional or community input to create a better one,” Mims said.

No further action was taken by the board on the matter. More will be discussed at the next board meeting on Monday, April 10.