An old-fashioned pharmacy nestled in the heart of downtown Wilmore hosted a grand opening and ribbon cutting on Friday, Feb. 17 commemorating its addition of a pizzeria and ice cream parlor along with numerous renovations.

The drugstore opened in 1926, and the soda fountain opened in the late 1930s. Chef of 40 years, Greg Scott, has owned it for just over a year.

Sim’s Pizzeria and Ice Cream Parlor offers a variety of trinkets, treats and southern comfort food with a delicious modern twist. Food items such as sandwiches, pizzas, entrees and desserts are offered Monday and Tuesday from 11 a.m. to 6 p.m., and Wednesday through Saturday from 11 a.m. to 8 p.m.

“This place has been open for 90 years, but it’s never been opened at night before,” said Scott.

Previously, the business located on 319 E. Main St. in Wilmore, couldn’t be opened at night due to laws involving the pharmacy, but Scott recently added security that allows him to serve up food and medicine to the night owls of Wilmore.

Pizza has been served at Sim’s before, but not for several years. Scott said after countless community members approached him about bringing pizza back, he decided he should get the ovens ready.

People come in and become regular customers,” Scott said. “If you come in once, you’ll come in again.”

More information on Sim’s Pizzeria and Ice Cream Parlor can be found on their Facebook page at http://bit.ly/2kNpX9l. 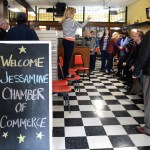 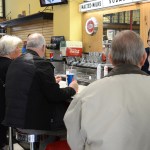 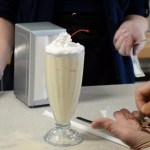 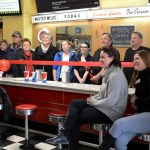 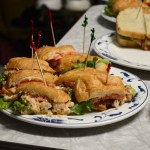 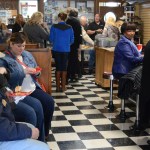