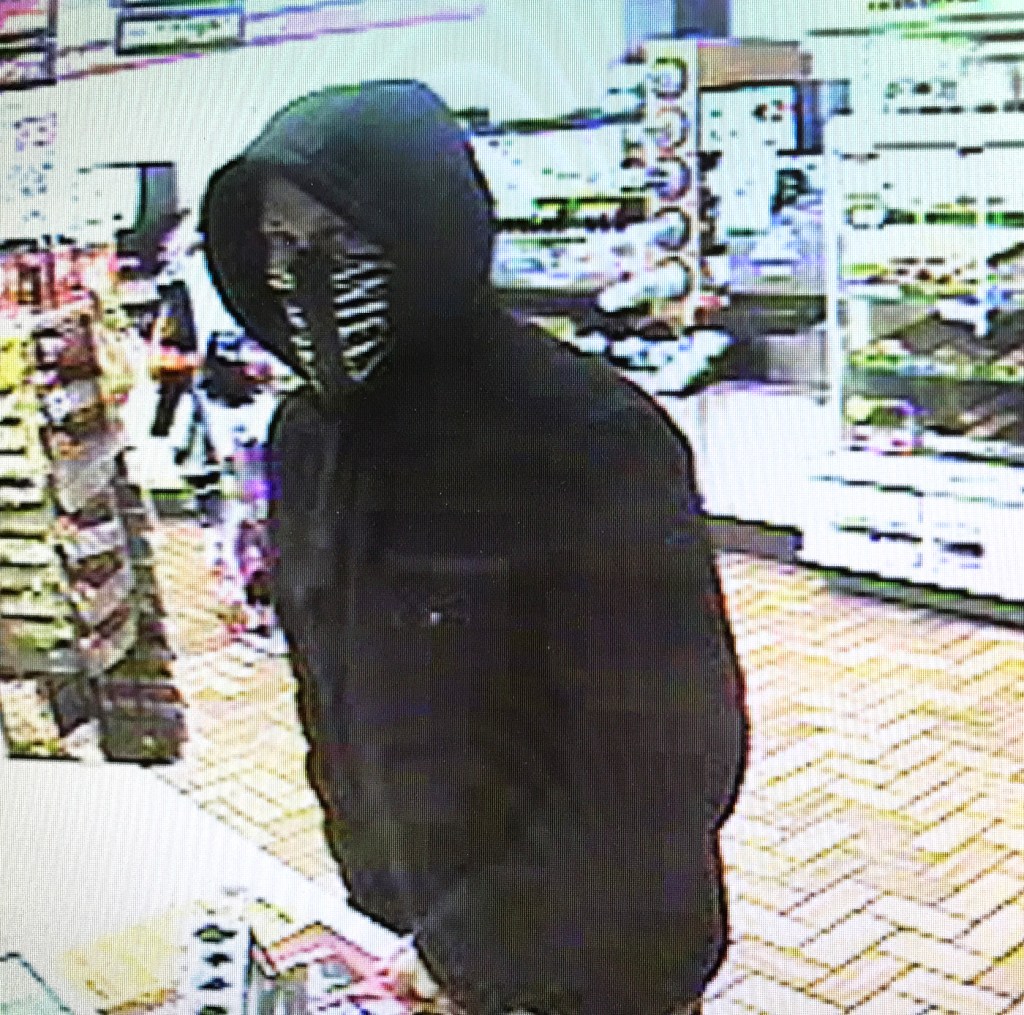 Photo provided by the

The Speedway convenience store located at the corner of North Main and Barnes Street was robbed early Tuesday morning, according to the Nicholasville Police Department. This was the second such incident to occur at the location in less than six months’ time.

The armed robbery took place shortly before 2 a.m. on Feb. 21. Police arrived on the scene shortly thereafter and searched the area for the suspect, who reportedly fled toward Barnes Street. The suspect has not been located yet at this time.

Police describe the suspect as a white male dressed in blue jeans and a black jacket and a hoodie. Pictures of the suspect in the store from the security camera show a hood pulled up over his head and his face largely obscured by a bandana.

The suspect pulled out a semiautomatic handgun upon entrance and demanded money from the cashier behind the counter, Sgt. Scott Harvey with the Nicholasville Police Department said. The cashier gave the suspect the contents of the register, and he fled the scene on foot.

Anyone with further information on the robbery suspect is encouraged to contact the Nicholasville Police Department.