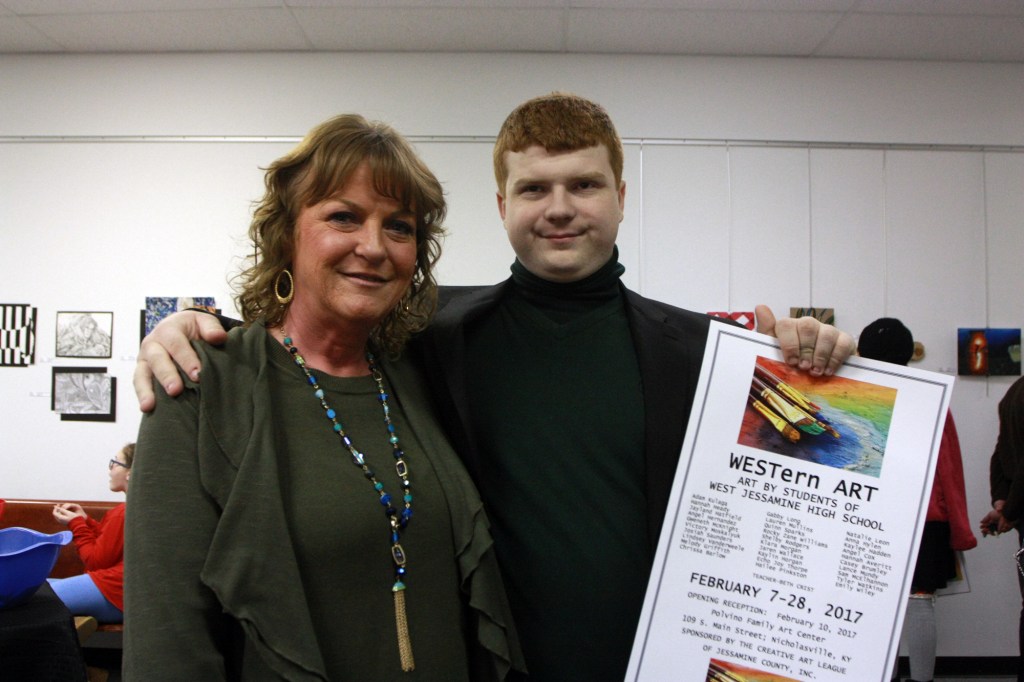 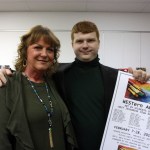 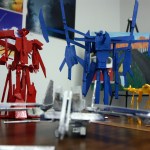 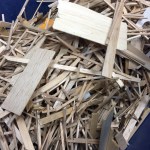 Many pieces of artwork from West Jessamine High students balanced on the walls of the Polvino Art Center in Nicholasville on Friday night for the WESTern Art Exhibit. One collection had a purpose of transforming the way some may look at Autism.

Tyler Watkins is a junior at WJHS and is in Ms. Beth Crist’s art class.

“We had been working on his drawing, and Tyler had got to the point where one day he raised his hand and asked, ‘Crist, when are we going to do something interesting,” Crist said with a laugh. “So I gave him a pile of sticks and a hot glue gun. He then made one of the Transformers completely out of his head.”

After that, Tyler would go on to complete many more pieces in his collection based on the popular cartoon and movie series about robots, but only four were on display at the Polvino Art Center on Friday.

“He loves Transformers and he quotes them non-stop,” Crist said. “It is really inspiring to see his talent unleashed.”

Watkins’s mother, Darenda, said he was diagnosed with Autism when he was 18-months old. But that doesn’t stop him from succeeding.

“He started with Legos,” his mother said. “He could look at a picture on the computer, and then he would create the picture with the Legos through memory. He has always been interested in art and especially good at putting things together.”

Along being interested in art, Tyler is also a member of the National Honor Society because of his grades in school, Watkins said.

“We actually moved here from Woodford County in 2001 because of the school system,” his mother said.

Crist said her special needs students are inspiring because it is a reminder to not put limits on people.

“That’s one of my favorite things is just finding their hidden potential,” Crist said. “And maybe people haven’t looked into that potential.”