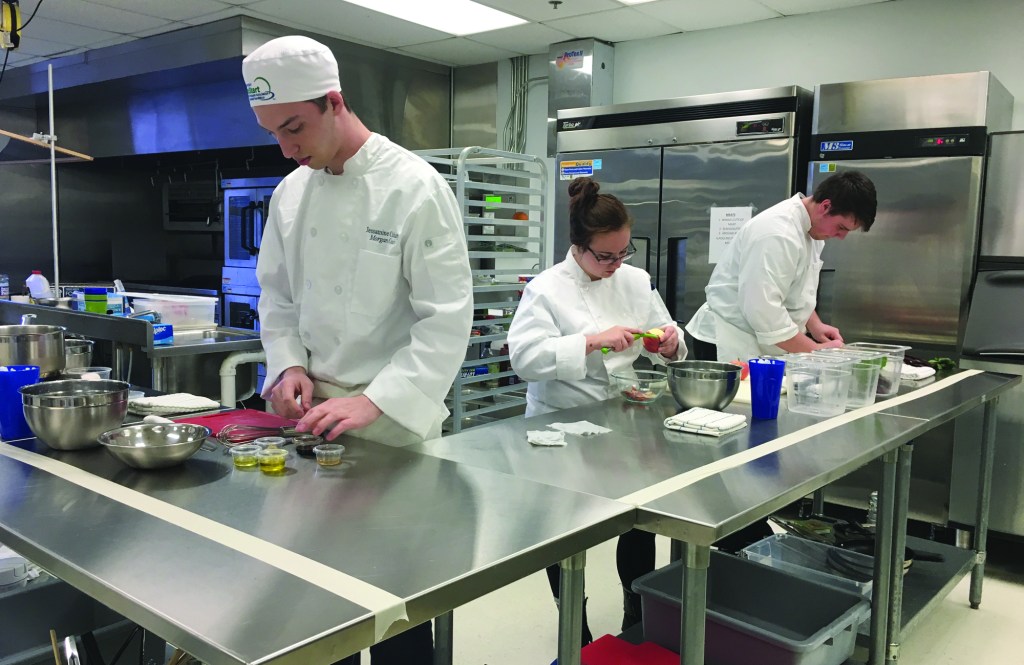 Six local students hope to cook up their competition on Sat., Feb. 18 in Shepherdsville.

The culinary team is based out of the ProStart curriculum from Jessamine Career and Technical Center, ProStart, and this is the first time for all but Thomas to compete.

The competition, sponsored by Gordon Food Service, The Kentucky Beef Council and Burger King, “challenges students to execute perfect knife cuts, develop a three-course meal in one hour using only two butane burners and cost-out the meal for menu pricing,” according to the press release.

While ProStart is nationwide, only six Kentucky high schools and career centers use the ProStart curriculum, according to their press release.

Elizabeth Crump, Culinary Educator, said this program is new to Kentucky, but great for the students. 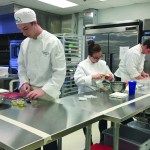 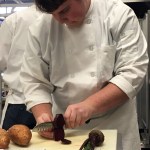 “Morgan is going into business,” Crump said. “Makayla and Donald are going to go to Sullivan for the Culinary School. The team captain, Tabitha, is super successful. She has managed a local establishment, Yogi Mogli, and she is only 18-years-old.”

The six students volunteered to be on the team, Crump said. “I teach a Culinary class of 11 East Jessamine students and 11 West Jessamine Students. Anyone is welcome to join.”

However, while the students may volunteer to compete, it is not an easy task.

“Students may miss no more than two days,” Crump said,” The students learn one skill at a time until they have mastered it. Now they combine those skills at this competition. It is really like a sport.”

If the six win, not only will they receive bragging rights, but they will also receive $2,500 in scholarships to split and will advance to nationals in Charleston, SC in April for the 16th Annual National ProStart Invitational.

The students are also competing against Arvin Education Center, based out of Oldham County and Walton and Verona High Schools – both in Boone County.