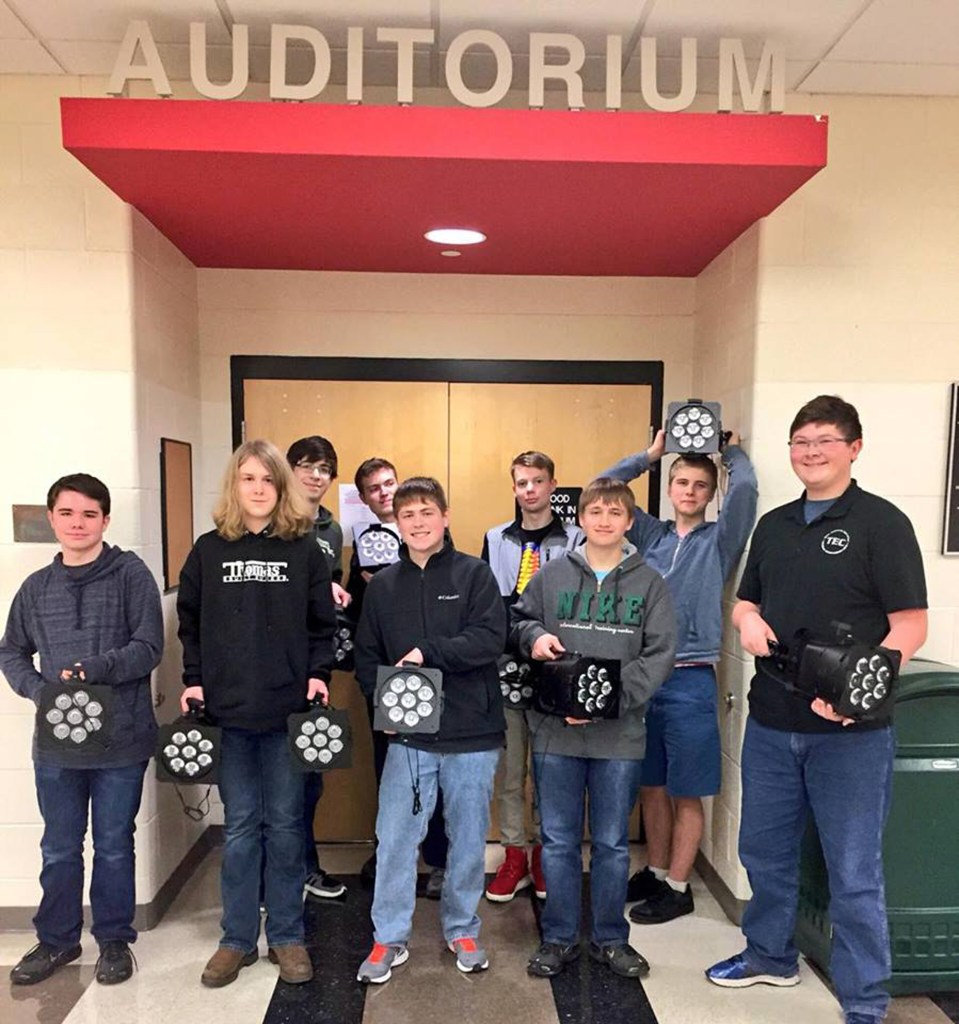 One local college student recently played a big role in giving back to the high school he attended. The help came in the form of $17,466 worth of lighting for the auditorium.

Recently, Vanderpool authored a grant that West received during the second week of January.

“In September of last year we discovered the opportunity for the grant,” Vanderpool, a 2015 graduate of West Jessamine, said. “I had a week to write it, have people proofread it and send it in. The grant was awarded by ETC (Electronic Theater Control).”

ETC supplied 14 new LED lighting fixtures, a new lighting console and the parts necessary to run the lights for different types of productions.

“This equipment will help prepare the students,” Vanderpool said. “These lighting consoles are the same ones that designers on Broadway are using. So our students are now able to learn from them. They are preparing to encounter the real world.”

This grant is crucial to the roughly 20 students in the TEC program, which was founded in 2013 at West Jessamine, Vanderpool said.

“We recognize that some students are industry bound and some are college bound,” Vanderpool said. “We try to give them the opportunity to make themselves marketable to the industry.”