Local to get Eagle Scout for book drop 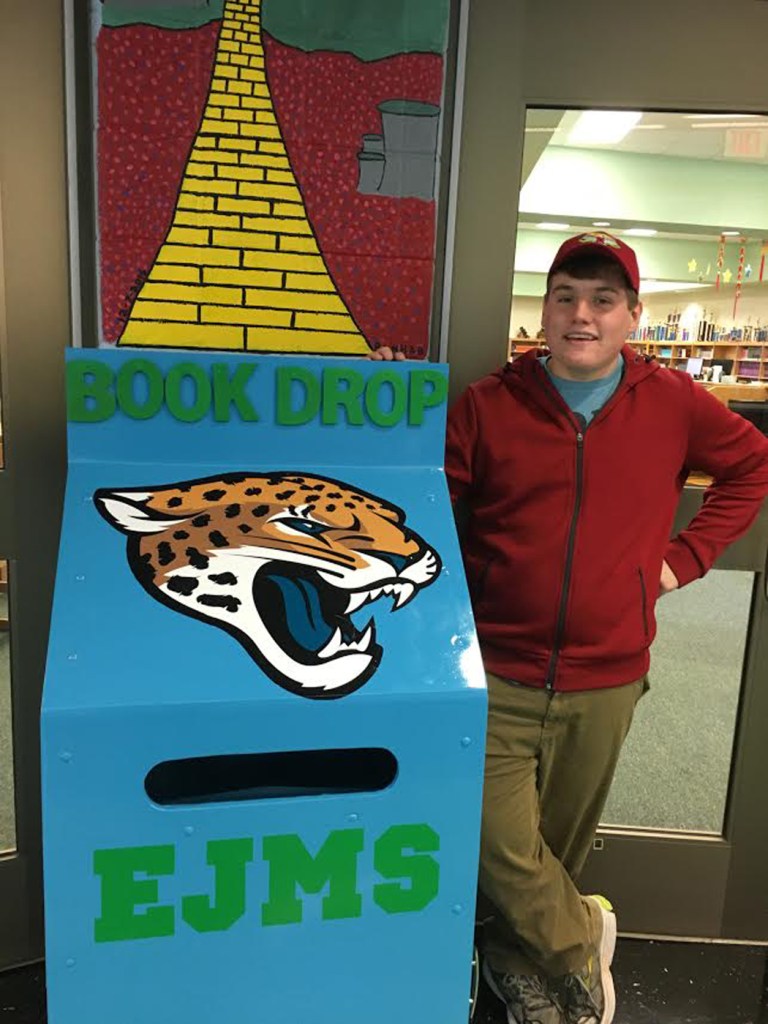 Kenneth “Trey” Lee Embry III, 17, of Nicholasville, is receiving an Eagle Scout ranking for building a book drop — a metal box with a slot allowing readers to drop their library books in after usage — for East Jessamine Middle School.

Embry, a freshmen at the University of Kentucky, is in Troop 115 and has been in the scouts since 2010.

He said his whole scout journey has been leading up to getting his Eagle Scout ranking, and this community project was the last step in achieving the goal.

Embry spent August to December of 2016  building the 26 by 26 square inch base and 56-inch tall book drop for the middle school.

“It was for the outside library door because their current drop was on the other side of the library,” Embry said. “It was inconvenient for students when the library was closed.”

Dorie Raybuck, Librarian at East Jessamine Middle, said she was very pleased with the outcome of his project.

“Trey came to me and wanted to do something for the community that would impact a lot of people,” Roebuck said. “The book drop has impacted 900 students and our 60 to 70 faculty and staff. What a wonderful job he did, and he raised all the funds by himself.”

Raybuck said the book drop is special because it was something made by a former student for current students to enjoy.

Trey’s Court of Honor, a formal ceremony to present his Eagle Scout ranking, will be hosted at 2:30 p.m. on Feb. 19 at Nicholasville Christian Church.