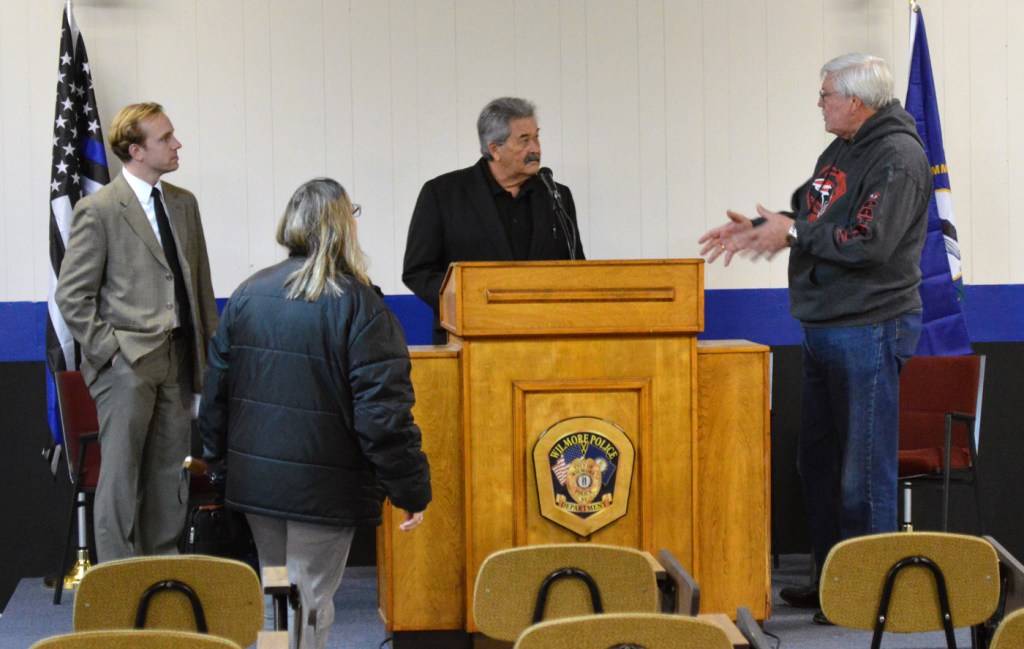 The Wilmore City Council got a sneak peek at the results of eight months’ worth of improvements at their meeting on Monday night.

So far, $11,000 has gone into improvements, including paint, labor and two-inch blinds.

The department also applied for an Energy Efficiency and Conservation for Local Governments state grant worth approximately $40,000 at the end of January. The grant would fund more improvements such as a new HVAC system, LED lighting and triple pane windows meant to conserve energy.

Much of the amenities in the facility, such as workout equipment and desks, were donated from various organizations in the city.

When the project first began in July, inmates from the Jessamine County Jail helped clean up and get the upstairs ready to make the improvements.

“I’m excited about what’s going on up there,” Chief William Craig of the Wilmore Police Department said. “We’ve put a lot of work into it, it looks really, really good compared to what it used to.”

The improved space will serve mostly as a training facility for the Wilmore Police Department.

The City Council also approved a proposal for Gary Hager with Hager Construction Company Inc. to do the excavating for the new county wide clean up collection area behind the fire department and public workshop located on West Linden Street in Wilmore. This means the old collection area located at Witts Lane will no longer be used.

The county wide clean up will occur at the end of March.