The long road ahead: Extension of East Brannon Road underway 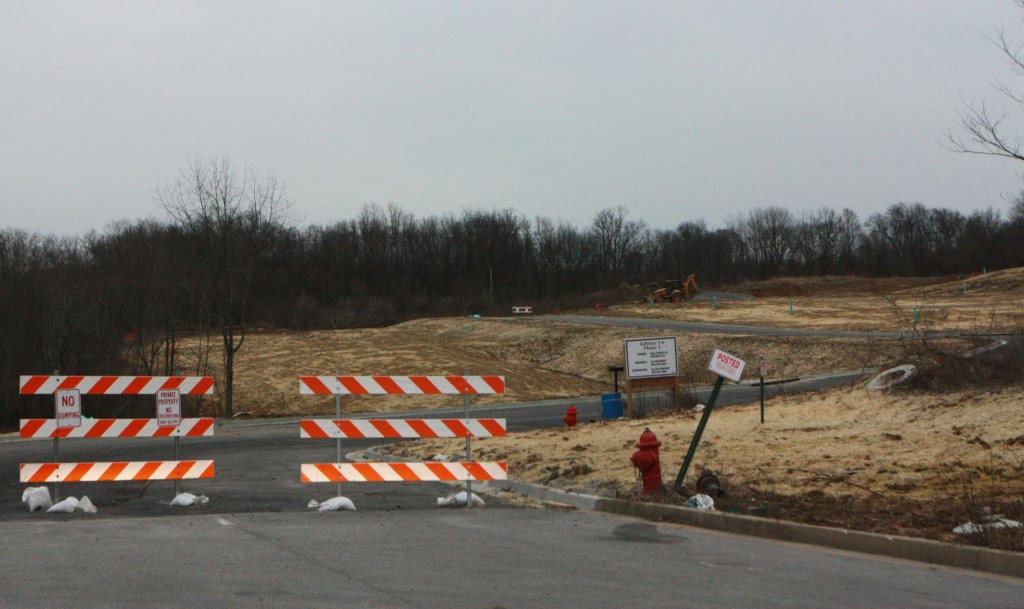 After several years in the making, the extension of East Brannon Road to Tates Creek Road is now ready to begin construction.

Buford said for the past year, he and Secretary of the Kentucky Transportation Cabinet Greg Thomas have worked to resolve all the right of way needs and taken the steps to avoid any penalties to the contractor.

“I am incredibly proud of the role Governor Bevin and Secretary Thomas have played in making sure this road becomes reality,” he said.

The announcement to start construction came just in time. The Kentucky Transportation Cabinet agreed to pay the highway contractor another $850,000 if work for the project had not begun by May 1 of 2017.

“The Kentucky Transportation Cabinet has worked diligently to clear these hurdles over the past year to avoid paying an $850,000 delay penalty to the contractor,” said Ryan Watts, executive director of the Kentucky Transportation Cabinet, in an email to the Jessamine Journal. “The cabinet will soon proceed with construction to complete the project.” 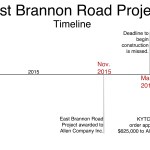 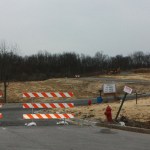 The first in-house meeting concerning the expansion was hosted in Aug. 2012. The funding was approved in June that same year and it first appeared in the highway plan that September, Project Manager Joshua Samples said.

“Originally, it was estimated that the project would take a year and a half to two years,” Samples said.

The extension — originally approved by Gov. Steve Beshear before he left office — was set to begin in 2015.

Now, the estimated completion of the East Brannon Road construction is 2018.

The Allen Company of Lexington — a highway contractor — was originally awarded $11.2 million, according to The Kentucky Transportation Cabinet.

Currently, the project will cost an estimated $13.8 million, Watts said, after $2 million is due to contractors for materials for the project and a $625,000 delay claim.

The Kentucky Transportation Cabinet ended up paying $625,000 in a delay claim to The Allen Company of Lexington because the land for the road project had not yet been secured before the deadline to start construction in March of 2016.

While the delay of the project has been associated with right-of-way and utility issues, one local official, 39th District State Rep. Russ Meyer attributed the setback to Kentucky Gov. Matt Bevin.

Meyer received a call on Dec. 14 from Bevin’s office attempting to persuade him to switch parties to get things done in a “bipartisan manner.”

Meyer said in an interview with the Jessamine Journal in September that he thinks the major road project was postponed because he decided to remain a Democrat. The Bevin administration denied that, saying the voicemail had nothing to do with the road project.

Even with a few bumps in the road, the construction for the East Brannon Road expansion is estimated to start in the spring, Buford said.

“I am very satisfied,” Buford said. “We are back now to a normal start date and this should have been the time frame the entire process.”

The actual construction start date has been left up to the Allen Company of Lexington.

“We’ve had a nice winter but their equipment has still been out there, so if it rains it puts them back a week,” Buford said. “They will find an appropriate time to start sometime in the spring and will start before May. Everything is good to go on our end.”