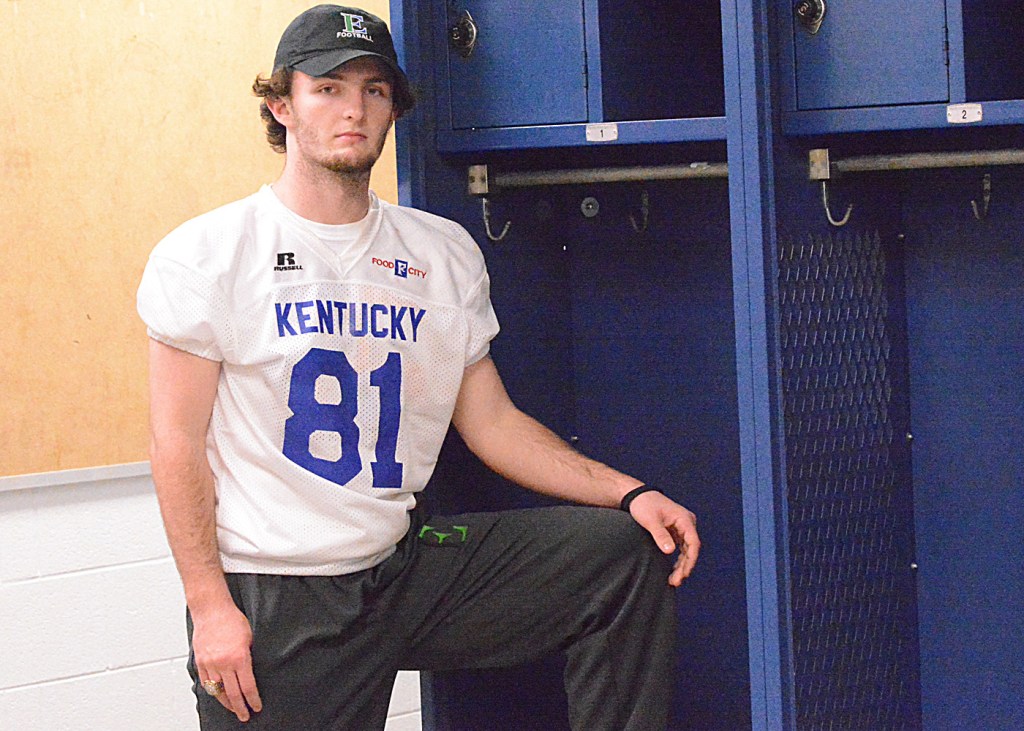 Like most high school seniors, East Jessamine’s Kyle Gann has a plan for the future. He hopes to study cardiology — a science devoted to the heart. But that is the future. For now, Gann’s heart is still firmly with the sport he loves.

A huge step in the right direction towards making his plan happen occurred last weekend when he represented Kentucky against Tennessee in the annual Border Bowl, played in Sevierville, Tennessee.

The Border Bowl pits high school all-star football players from Kentucky against their counterparts in Tennesee.

Gann was more than honored to have been chosen as one of four players at the safety position to represent his state in the bowl game.

He participated in six drives and claimed a touchdown-saving tackle in the second quarter of the victory over the Volunteer State.

A polite and humble person, Gann said the best part of the whole experience was the camaraderie he experienced while with the team.

“It was a great experience,” Gann said. “There was a lot of competition and a lot of great players there. I enjoyed hanging out with the guys, learning new things from them. It was a different locker room … new people, new stories, new football plays. I’ve been to trainig camps before but nothing this big.”

The exhibition game featured top-performing seniors from high schools across both states to compete at the annual bowl. This year’s contest included 45 Kentucky players coached by Williamsburg’s Jerry Herron and 46 Tennessee players. The game was also touted as a big tourist attraction for the Gatlinburg area, ravaged by fire just prior to Christmas.

Gann plays both football and baseball for the Jaguars, but it is his football career he will be pursuing at the collegiate level.  He has offers in from Lindsey Wilson and Thomas More, both partial scholarships, but he would also consider the walk-on option if a couple of certain Div-I universities came knocking to that effect.

His senior season, he primarily played quarterback, leading his team to an 8-4 overall record and winning the Class 4A District 5 title as well as being named the player of the year within that District, but it is on the defensive side of the ball he is making his mark.

Gann was chosen to represent Kentucky as a safety and that’s where he hopes to play at the next level. Playing college ball has been Gann’s dream since he first picked up a football at the age of six.

Given the option, Gann says he would like to play both ways in college (offense and defense), but understands how rare that is at the collegiate level.

“I’ve played both ways my whole life,” he said. “It just feels normal to me.”

In addition to playing football at college, Kyle also has plans for a career.  He is interested in following a medical career path, specifically becoming a cardiologist. He understands that achieving that goal will take hard work and dedication but feels his work ethic and eagerness to learn will give him a solid foundation to work from. He has never been afraid of a challenge and sees college as the next step to get where he wants to be.

As much as he loves the sport of football, he said he has no plans to pursue a professional career after college, not even at the lower levels even though he feels he could perform at the indoor arena standard. He has a basic path set out for his short term future and aims to walk that path as far as it will take him.