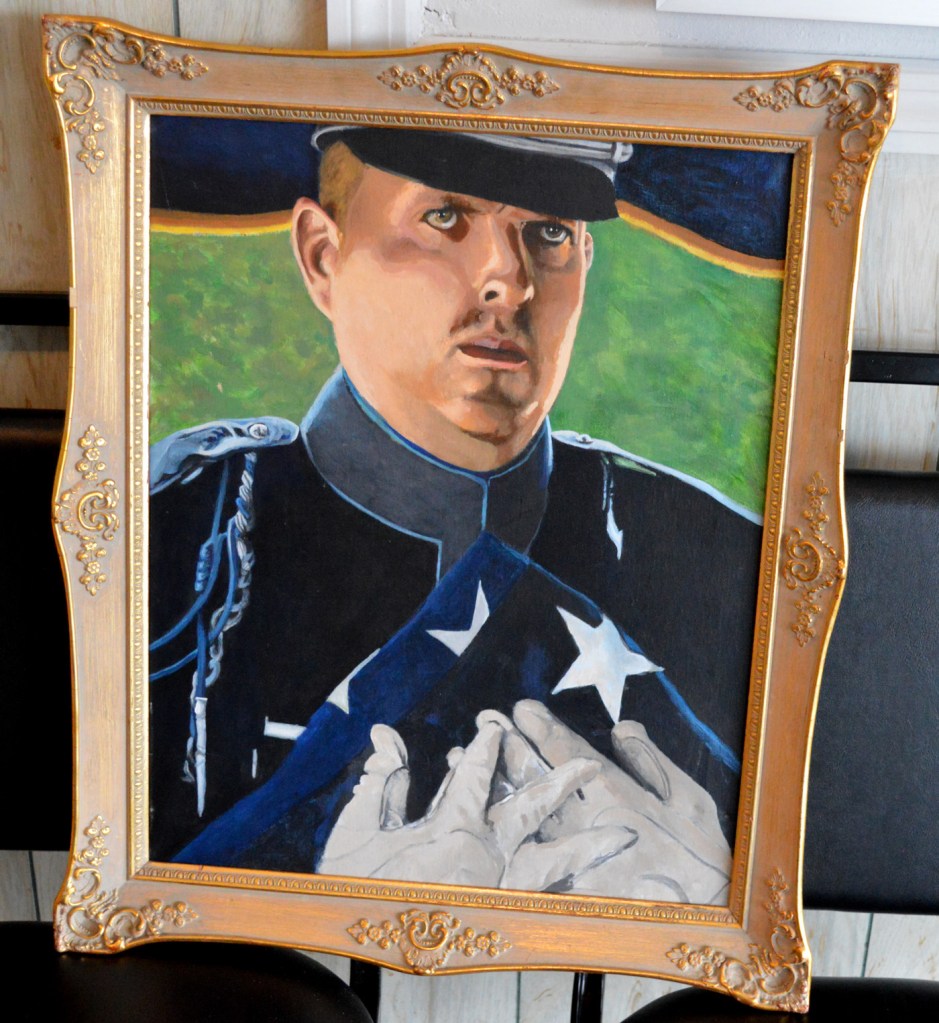 A painting was given to the Nicholasville Police Department on Saturday, Jan. 21 to honor one of their fallen officers.

Almost two years ago, Officer Burke Rhoads was killed in a car accident on his way to a training in Richmond. Now, his memory is being honored by a painting created by artist Darrell Parrott.

“We’re very grateful,” Nicholasville Police Sgt. Benjamin Rugg said. “In the time that it’s been since Burke passed away, people still want to remember him in their own way.”

Rugg said the fact that Rhoads is performing Honor Guard duties in the painting is very fitting because the first word that comes to mind when he thinks of Rhoads is honorable.

The painting will soon be hung in the front hallway next to the shadow box containing Rhoads’ uniform, where it will be seen by officers and administrators alike.

“Burke was always the guy who was doing the right thing at the right time,” Rugg said. “Everybody respected him because of the job he did.”