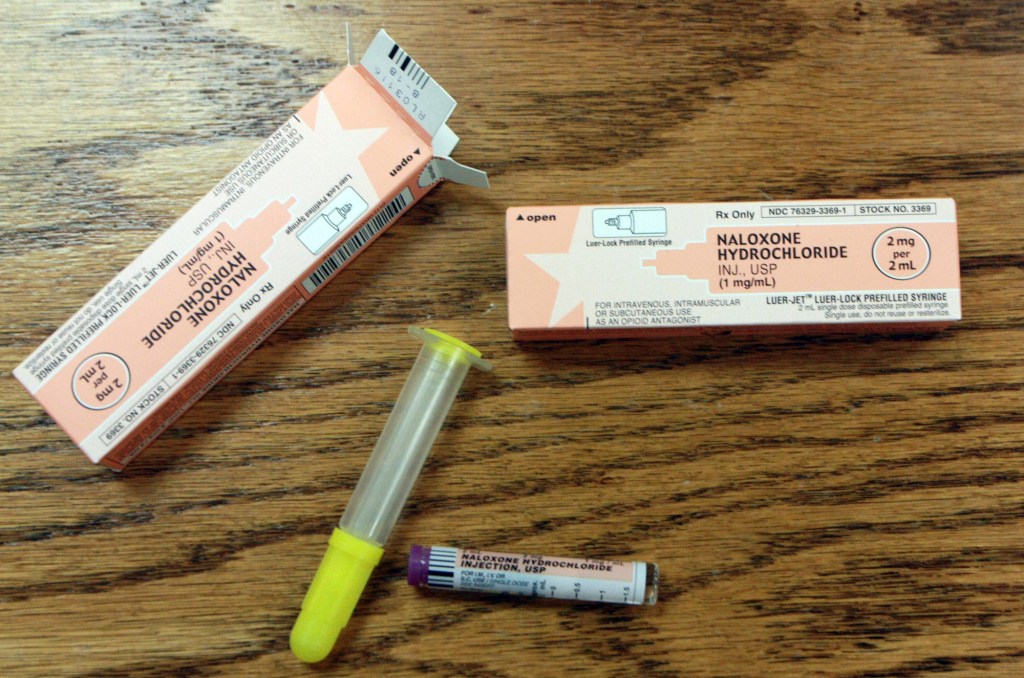 The Nicholasville Police Department is adding medication to their list of equipment to combat an ongoing epidemic.

“We are pretty sure that the heroin causing the overdoses was laced with something,” Nicholasville Police Officer Kevin Grimes said. “It wasn’t just standard heroin, possibly Fentanyl-based.”

Officers of the NPD are expected to soon carry Narcan (Naloxone) — a medicine used to treat narcotic overdose in an emergency situation — within the next 60 days. The officers have never before carried Narcan while on duty, Grimes said.

The change was made for a number of reasons, one being the safety of the officers responding to the calls.

“Fentanyl is absorbed through the skin,” Grimes said. “And if we were to touch something that actually contains fentanyl, it could cause the same effects to us as it would the individual who may be overdosing.”

The NPD also wants to protect their police canines who conduct drug searches and might come into contact with Fentanyl.

“We are also going to carry the Narcan for the individual who might be overdosing,” Grimes said. “When we arrive on scene it sometimes takes EMS five to 10 minutes to arrive. With us carrying Narcan, it would give us the potential to save lives,” Grimes said.

The Jessamine County Coroner Office is waiting on the toxicology report from some of the recent overdoses. The Coroner, Michael Hughes, said it is too early to tell, but there is a probability that out of the 10 overdoses, there was one fatality.

Hughes said he has seen first-hand how Narcan can save lives.

“There is a high probability that if the first responders didn’t administer Narcan, every one of these overdoses would have been a death,” he said regarding last weeks’ 10 overdoses.

It is currently unknown how much of the medicine that is valued at $50 to $80 a dose, officers will be carrying.

There are cases when an overdose victim requires more than one dose of Narcan.

“Each case is different concerning the amount of Narcan needed,” Grimes said.

“Law Enforcement will most likely carry a nasal spray of Narcan,” he said.

NPD and Jessamine County EMS are not the only local agencies encountering heroin overdoses.

Peel said the Sheriff’s Office goes to all overdoses in their jurisdiction with the Jessamine County EMS, who provide support and also carry Narcan with them.

“Heroin has become an epidemic in this country, not just in this state,” Peel said.

While first responders are preparing for ways to battle the ongoing heroin issue, the investigation of the suspected heroin dealer in connection to the 10 heroin overdoses last week is still ongoing.

For those with any information on any of the 10 overdoses, contact the Nicholasville Police Department at (859) 885-9468.