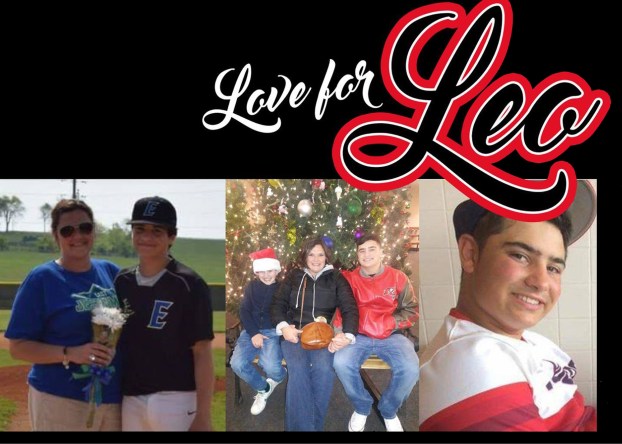 Community grieves over loss of teen

Friends, family and community members gathered at Southland Christian Church on Tuesday to mourn the loss of a 15-year-old who was killed last week.

Travers was transported to St. Joseph Jessamine, where he was later pronounced dead by the Jessamine County Coroner.

The day after Travers’ death, many students gathered at the Fellowship of Christian Athletes meeting in the East Jessamine County Gymnasium to honor his memory.

“These are the days we don’t want to experience,” Superintendent of Jessamine County Schools Kathy Fields said.

He was a part of several organizations, including a baseball team, the East Jessamine High Wrestling Team and he had recently joined East’s Track and Field team.

“Our primary objective at this point is to make sure our students are ok,” Fields said.

Jessamine County Schools were also closed on Tuesday so students would be able to attend Travers’ funeral.

“It’s a very sad day for us,” Fields said on Friday. “There’s a gaping hole in the Jessamine County Schools heart today.”

Two GoFundMe pages were set up to assist the Travers family in their difficult time. The two combined have raised a few hundred dollars shy of $20,000 for the family.

Various businesses in the community, including Lou’s Hair Garage and Slice of Brooklyn Pizza, have also raised money for the family. J’s Place in Nicholasville will host an event — Love for Leo — from 6 to 8 p.m. on Friday, Jan. 20. Ten percent of the proceeds will go to the Travers family.

Tyler D. Jeffers, 18, a student East Jessamine High, was arrested and charged with murder, wanton endangerment, tampering with physical evidence and receiving stolen property/firearm, according to the uniform citation from the Nicholasville Police.

The wanton endangerment charge Jeffers’s faces resulted from gunfire shattering the back windshield of a passing vehicle. The woman driving the vehicle crashed into a fire hydrant trying to flee the scene.

The driver of the vehicle originally told officers she was in the area by chance. Investigators later learned that statement was untrue.

The woman was dropping off Travers and another juvenile in the area. The police do not suspect the woman anticipated the shooting. No charges are expected to be filed against her.

Albert McKinney, 67, Jeffers’ grandfather, was also arrested in connection with the case. McKinney was charged with tampering with physical evidence because he attempted to hide the stolen gun used to shoot Travers. He was released on bond on Friday, Jan. 13.

On the same day as Travers’ Funeral, Jeffers, displayed on a monitor from the Jessamine County Detention Center, pled not guilty in district court.

“I think the whole community is mourning the loss of a life,” said Bradley Clark, Jeffers’ attorney.

Clark said more will be discussed about evidence and the case at the preliminary hearing on Monday.

“I think what’s going to be absolutely pivotal to this case is what happened,” he said.

Police are still working to find out what led to the shooting.

“We are a safe community,” Grimes said. “Where violent crimes such as that are few and far between.”

Grimes said he knew Travers through his mother, who he met attending school events.

“When he smiled it lit you up,” Grimes said. “Overall, he was just a good kid.” 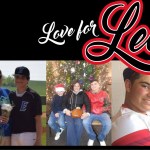 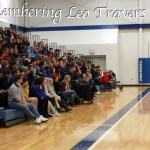 Women in Nicholasville now have a place to go to receive help with their substance abuse treatment goals. Balanced Recovery... read more