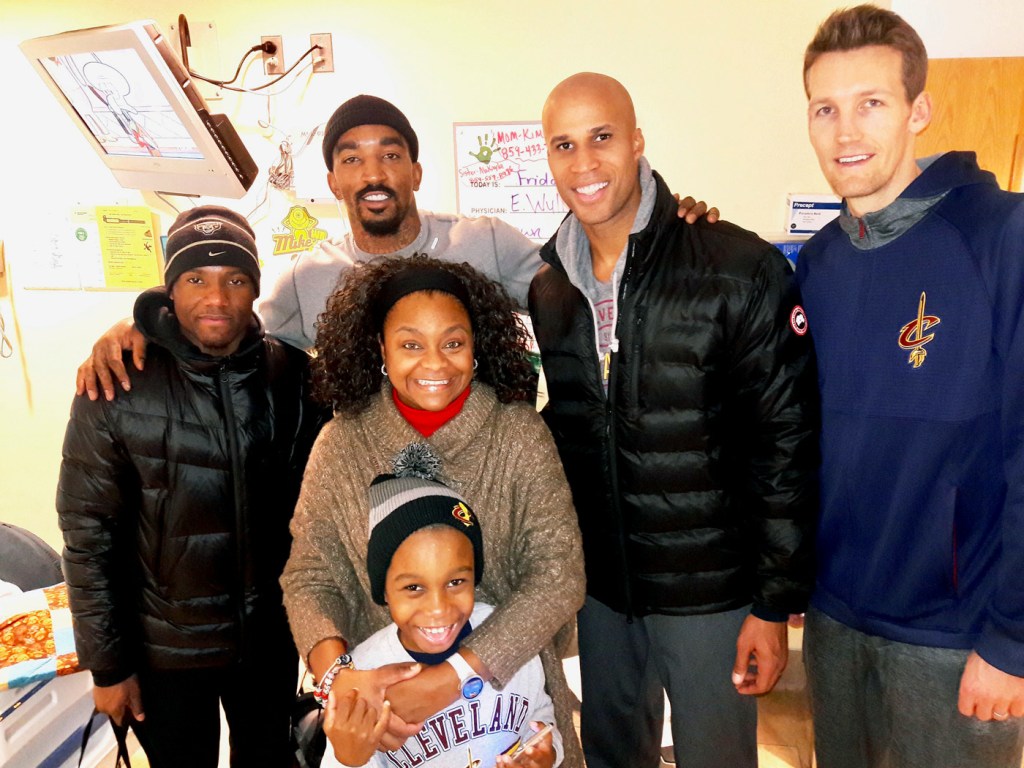 Just by looking at 8-year-old Ross Brown, one would never know he is fighting a battle with epilepsy — a neurological disorder characterized by a wide range of unpredictable seizures.

Ross had his first seizure in a restaurant parking lot when he was just 3 years old. During that seizure, a couple who happened to be a nurse and a paramedic pulled up next to the Browns’ car at the restaurant. They helped the family keep calm and called the paramedics, who took Ross to The University of Kentucky Hospital.

After that seizure, Ross’s behavior and temperament began to change and he started to stare off more, Kim said.

It wasn’t until the next year he experienced his second seizure while he and his family were out getting ice cream at a place right in front of Good Samaritan Hospital. Again, Ross had a guardian angle. A police officer was behind the family’s car when the seizure happened. The officer grabbed Ross and ran him across the street.

Not long after his second seizure, at age 4, Ross was diagnosed by the Cincinnati Hospital with epilepsy, a neurological disorder, marked by sudden recurrent episodes of sensory disturbance, loss of consciousness, or convulsions, associated with abnormal electrical activity in the brain. Epilepsy is the fourth most common neurological disorder and affects people of all ages, according to The Epilepsy Foundation.

Kim said she and her husband wanted to do everything they could to ensure Ross received the best treatments and was taught how to cope with everything he was experiencing.

“You do what you have to do for your kids to make them feel safe,” she said.

Eventually, Ross was put on several medications to help with the seizures that could be brought on by something as small eating too much chocolate or having a growth spurt.

The family learned Ross had Attention-Deficit/Hyperactivity Disorder brought on by the seizures. The reason he began staring off so much, was due to absence seizures, a short period of “blanking out” or staring into space caused by abnormal activity in a person’s brain. Kim said Ross would have around 20 to 30 of these seizures a day before he was diagnosed. He also experienced Tonic-Clonic Seizures, also known as Grand Mal Seizures. The tonic-clonic seizure is what many envision when they think of convulsive seizures. During this type of seizure, a person will lose consciousness, their muscles will stiffen, and jerking movements are seen. These types of seizures usually last one to three minutes and take much longer for a person to recover, according to The Epilepsy Foundation.

Ross’ parents learned that the Cleveland Clinic in Ohio performed surgeries and did work with patients with epilepsy. The family was accepted into the multi-specialty academic hospital not long after they contacted the facility.

Kim said the clinic helped to get Ross straightened out on medications and routines that drastically decreased his seizures.

“The year before that it was every month,” she said. “Sometimes twice a month.”

The family moved to Jessamine County in August last year, and Kim said things were going well until November in 2016.

Ross had a few health changes that caused him to start having a hard time focusing, and he began having seizures again.

The family took Ross back to the clinic, where he ended up staying for over a week getting treatment.

Several days in, Ross was put in ICU.

“The doctors could tell we were wiped out,” Kim said.

Ross and a few nurses convinced his parents and his sister to get some time away from the hospital by accepting free Cleveland Cavaliers game tickets.

The family had stayed at the clinic for nine days and they were ready to go home, but one of the nurses told them they were going to need to stay just a little bit longer.

Each year, The Cleveland Cavaliers basketball team would make one trip to visit patients at the hospital.

After hearing about a conversation between an usher and Ross’ sister at the game, the team decided to make a special second trip.

Nurses cued the family in on what was going on and Kim was speechless.

“I said are you sure, are you serious this is really happening,” she said.

Because it was so close to Christmas, the basketball team brought Ross several gifts, including a Cleveland Cavaliers blanket, hat and a teddy bear. Kim said her daughter was so surprised by LeBron James, she actually passed out.

The team urged Ross to stay in school and behave.

“They gave him a lot of words of encouragement,” Kim said.

After the Cavaliers left, Ross asked his mom if their visit was his Christmas present and when they got home from the hospital that was all he talked about.