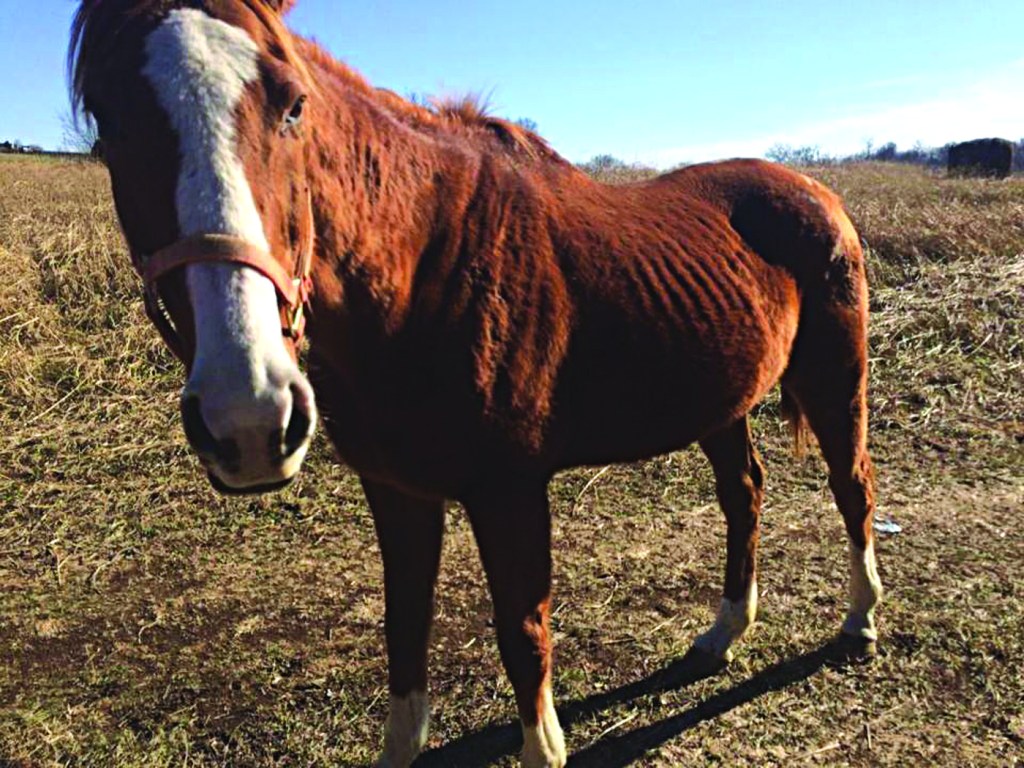 A Nicholasville man was arrested on a warrant and charged with animal cruelty after he abandoned two Thoroughbred horses.

Paul Schember, 70, of Nicholasville, was arrested by Nicholasville Police on Jan. 4 for illegally abandoning the Thoroughbreds at various farms throughout the county.

“(JCACC) has been involved since the end of October,” Ruggiero said. “We were called on a few occasions but couldn’t find anything to charge him with.”

The deputy director said he has filed three complaints on Schember.

The first time was in regard to his canines running at large on the streets of Nicholasville.

The second and third time Ruggiero filed a complaint concerned Schember abandoning the horses — an off-the-racetrack Thoroughbred gelding and a filly bought from the Keeneland Sale.

JCACC aren’t the only ones who have filed complaints on Schember.

“The reason he was moving horses was because he was being kicked off another property,” Hasson said. “Paul had notified her because she had horses and he asked if he could move his horses with her trailer.”

But that is not what happened.

On her way home Gonzalez noticed the gelding horse’s head sticking out of a barn on Bethany Road.

“He had stashed the horse there and the property owner did not give him permission,” Hasson said. “Our main concern was the horse was not getting hay or water.”

“We’ve been trying every angle we could to try and save these animals,” Hasson said. “I’ve pressed charges.”

The two horses that were allegedly left on properties throughout the county were neglected but they were not starving.

“There are a lot of organizations in Kentucky that support Thoroughbreds,” Hasson said.

This is not Schember’s first time being arrested on the charge.

According to public record, he was arrested in 2010 for second-degree cruelty to animals.