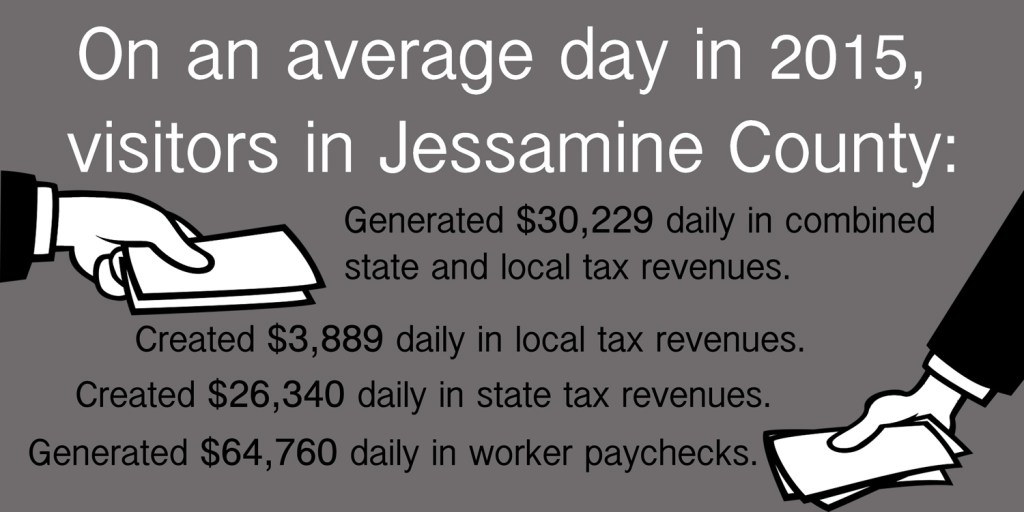 “This is the first year the study did this,” Mary Kozak, special projects coordinator, said. “There was an outcry from communities for the study to break the statistics apart.”

In 2015 each of the 18,120 Jessamine County households paid $609 less in local and state taxes, as a result of the taxes generated by tourist spending, according to the study.

The 2016 revenue statistics will not come out until next year.

“It takes that long to compile all of the information,” Kozak said.

“The tourists are here all year round,” Kozak said. “From the figures we compiled, the most popular tourism spots would be Camp Nelson and High Bridge.”

Camp Nelson is known locally and nationally for their enriched and detailed Civil War history.

“A lot of countries are interested in what happened in the Civil War,” Kozak said. “But High Bridge is more localized. A lot of visitors go there because it’s a serene and natural spot.”

The great thing about tourism in Jessamine County is that the community is unique, she said.

“The services, like the restaurants and shops, are in the cities but the majority of the destinations are in the county,” Kozak said.