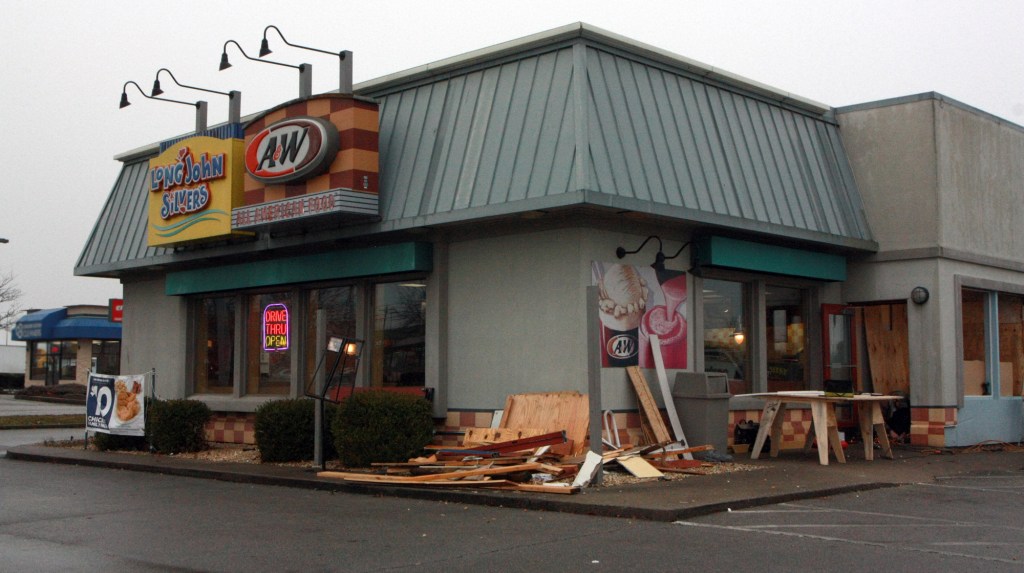 Two local businesses began the new year by having to fix damages caused by cars.

A truck crashed into the Long John Silver’s in Nicholasville around 6 p.m. on Dec. 30. The following week, the Barrett & Co. School of Hair Design received the same treatment around 3 p.m. on Monday, Jan. 2.

“Everyone was shaken up,” Manager Teresa Resinger of Long John Silver’s said about the accident. “A family of six was in the dining room eating, and they tried to get out of the way as quickly as possible.”

The woman driving the truck crashed into the front entrance of the restaurant because her foot slipped from the brake of the vehicle. She was not injured in the accident.

“No one else was in the dining room,” Resinger said. “Except for the one family eating.”

By day four of cleanup, Jan. 3, Resinger said a lot of work has been put into fixing the damage.

“The dining room is now open, as long as the customers don’t mind hearing the construction going on,” she said.

On Thursday, people will be coming to replace the glass and the doors will be replaced not long after that. The wall that was knocked down in the crash has now been rebuilt and the restaurant will soon have a new coat of paint.

“We should be good to go in a few more days,” Resinger said.

Only three days after the incident at Long John Silvers, Barrett & Co. School of Hair Design was also run into by a car.

A lady drove her car into the hair design building on Monday — a day the building is normally closed, so luckily no one was there, owner of the school Jamie Barrett Lovern said.

“The lady hit her gas instead of the brake,” Lovern said.

The driver in this incident was not hurt either.

The hair design school is also getting back to the day-to-day routine.

“There was no structural wall damage and we have carpenters getting the windows boarded up,” Lovern said. “We are business as usual.”