Carmichael transitions from animals to mystery 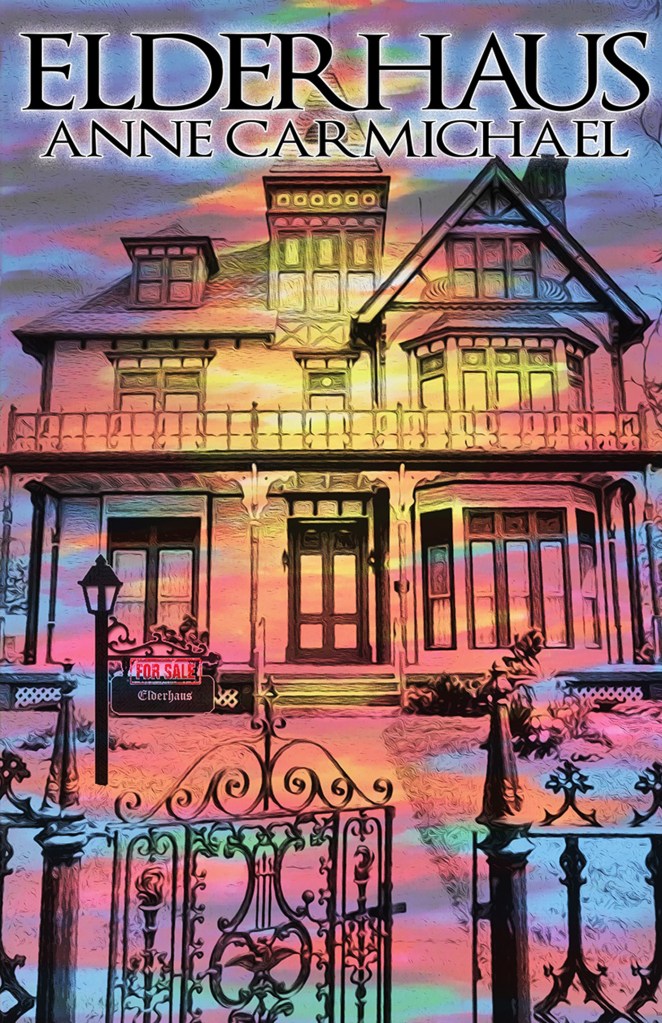 In just three years, one local author published six different books about animals. Her seventh, which came out just in time for the holidays, takes a turn for the mysterious.

Anne Carmichael’s Elderhaus is about Gertrude Klingenfelter — Gertie for short. Klingenfelter spent the better part of her adult life scouring Europe for her father, Helmut Klingenfelter. Her father vanished from her life as well as her mother’s. With midlife looming on the horizon, Gertie decides to stop chasing the ghosts of the past and return to her childhood home of Pitch Pine, where she purchases a century-old house at 1211 Castle Lane sight unseen.

Elderhaus, as it came to be known, has a mysterious past of its own; one that will threaten more than Gertrude’s desire for finding happiness.

Why the switch from all-age animal books to a full-length adult mystery novel?

“I really felt I wasn’t stretching myself enough and challenging myself,” Carmichael said.

She said she wrote her first book “Magoo Who? Life Through My Eyes,” and three other books about the blind cat who survived for two years on the streets of South Philadelphia, in a matter of 12 months.

“It just didn’t challenge me at all,” she said.

She also wrote two other books, one about polar bears and the other about horses.

When the time came to write her seventh book, she decided she wanted something for the dog people and something that would further her skills.

With the combination of needing a challenge, wanting to write about senior dogs and the name Gertrude Klingenfelter which appeared in Carmichael’s dreams — Elderhaus was born.

The name that lodged in Carmichael’s consciousness while she slept caused her to do research that led to the backstory of her main character Gertrude Klingenfelter.

Carmichael said the transition from the 150-word books about animals for all ages, to her first full-length adult mystery novel that took her two years to finish, was just the challenge she needed.

“It gave me exactly what I was looking for,” she said.

One of the biggest challenges for Carmichael was turning the novel into a mystery. She said every detail throughout the book had to feed into that mystery and how it would eventually be solved.

When Carmichael is not writing, she works at Taylor Made Farms — where she has been employed for 11 years — as the Executive Assistant to the President.

She said the opening John Lennon quote of the novel “Life is what happens when you’re busy making plans,” pertains to both the main character of the book as well as herself, and her readiness to retire.

Carmichael is now over 30,000 words into her next two novels.

Her eighth book, “The Manifest,” is a ghost story about an abandoned train depot. And her other, “Finding Joy,” is a memoir that focuses on her life as an adoptee.

“It is eons from where I was with the other books,” she said.

Carmichael said she is ready to see how far her skill set will take her. Currently, she has over 11,000 readers on Facebook, and her animal books are still selling — a portion of the proceeds goes to different rescue shelters and medical help for animals who have been injured.

Her books can be found on Amazon, Barns and Nobel and various other bookstores.

Carmichael said each book available comes from somewhere deep within her.

“I’m not really the writer,” Carmichael said. “The stories write themselves, I’m just the typist.”