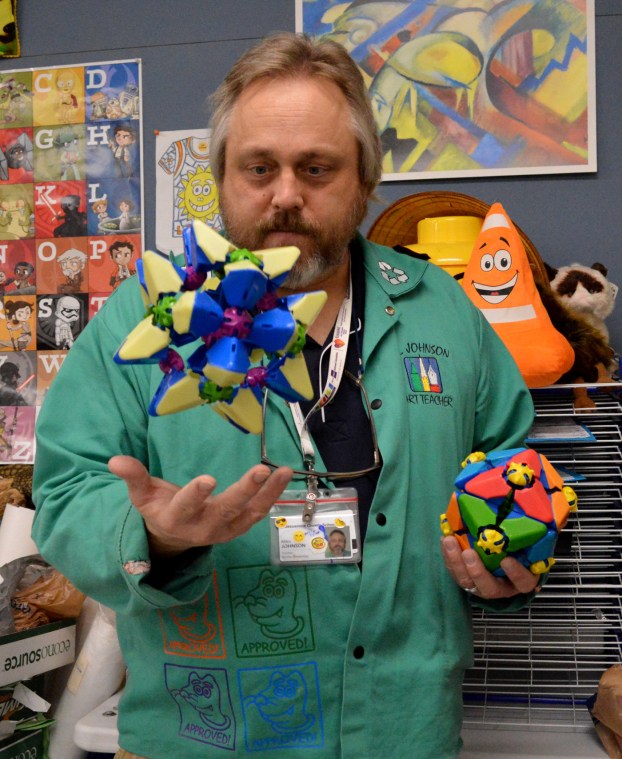 A new art teacher at Warner Elementary has found a way to connect with students on items that most are familiar with: toys. Lots and lots of toys.

Miles Johnson has introduced various students into the art world over the past 17 years. He spent 13 of those years in Fayette County, three years in Frankfort and now his first year at Warner Elementary.

“They’ve been very welcoming here,” Johnson said.” To be honest, it’s the best school I’ve ever taught at.”

Before teaching, Johnson worked in oil refineries and power plants nationwide for seven years in places such as Canada, Kuwait and South Africa.

“I walked out of the oil and power industry 17 years ago this week and into the classroom with no teaching experience at all,” Johnson said.

He did long-term substitute teaching for a few years while he worked on his Master’s and Teaching Certificate at Eastern Kentucky University. Prior to that, he received an art degree from the Columbia College in Columbia, Mo.

When he began teaching, he wanted to have something familiar in the room to make himself, as well as the children, feel more comfortable. From there, his collection has grown and helped mold how some of his students learn about art.

“It’s something that’s carried with me for all these years,” Johnson said. “In general, it’s an icebreaker for students.”

Johnson has an array of toys at home and in his classroom at school. They range from the popular candy-dispensing PEZ toys to the more unusual shoe telephone and vocab can — a steel trash can with thousands of colorful alphabet letter magnets.

He has stuffed animals and action figures from various time periods, books and shows. He also has different types of eco-toys such as recycle trucks and garbage trucks.

“It’s kinda like the best part of childhood comes in the room,” Johnson said.

His favorite generation of toys is from the 80’s.

In particular, he likes the vintage Star Wars figures, no matter how used up they may be.

Johnson gets new and old items for his collection from multiple places, including Goodwill and Barnes and Noble.

He said he can be found at thrift stores five, six to sometimes seven days a week.

How would all these toys help in the classroom?

“Everything I use is a teaching tool somehow,” Johnson said.

Johnson ties in the toys to various lessons such as primary colors, textures or explaining 3D.

The toys can also be used as a reward for students to play with or even a tool to help with anxiety.

Johnson said he once used one of his old phones to help a drama student become more comfortable with performing and participating on stage.

“Toys are very useful for growing and communication,” he said.

Johnson shares his methods with education majors in his evening class at the University of Kentucky, where he educates future teachers on how to be creative in their content areas.

He has two twin daughters and a wife, who he says after all these years has come to accept the toys as just a part of him.

Johnson is also the President of the Kentucky Art Education Association, and has conducted various workshops with his collection.

Next semester, he said he plans to have some of his classes at Warner draw PEZ dispensers and self-portrait’s of themselves as PEZ dispensers. 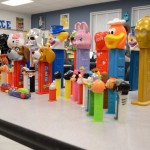 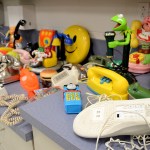 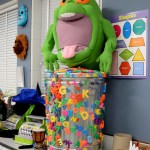 Neighbors | A look back at the holidays