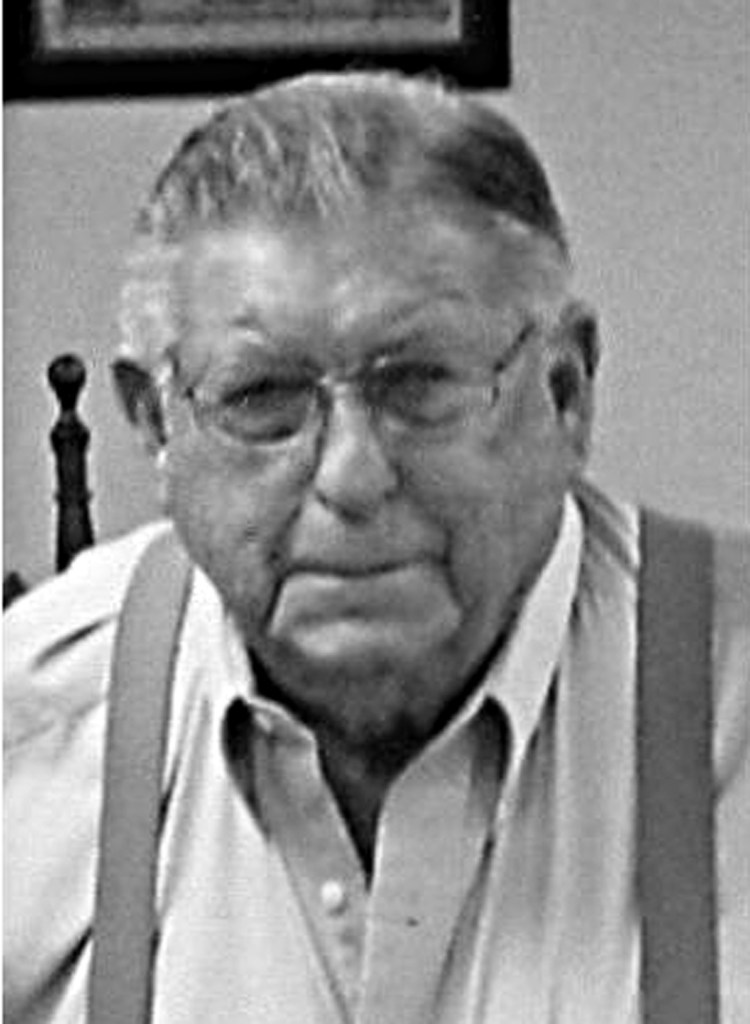 Howard Curry Teater, 90, passed away Tuesday, Dec. 20, 2016 at Thompson-Hood Veterans Center in Wilmore, Kentucky. Howard Curry was born in Jessamine County to Curry and Helen Teater, and throughout his lifetime was an active and well-known member of the community. Mr. Teater was passionate about history and genealogy; he was the President of the Jessamine County Historical Society, and he worked for many years to chronicle the county’s cemetery records, and co-authored a genealogical work, “The Kentucky Teater Family.” Howard Curry was a 66 year member of Hart Masonic Lodge #61. He was an Army veteran, and during World War II, was deployed to the South Pacific. He retired from General Electric. Mr. Teater was well-known for his kind and friendly personality. He cared about young people and was active in their lives, both through his work as a school bus driver for many years, as well as through his activities as coach and co-founder of the Jessamine County Little League Baseball and Babe Ruth Leagues. He was a sports enthusiast, and he especially loved the Kentucky Wildcats. He played semi-professional baseball on many teams in central Kentucky, including the Lexington Hustlers and the Nicholasville Nicks. During the war, he played baseball with the Manila Dodgers alongside Hall of Famer Early Wynn. At heart, Howard Curry was truly a gardener, constantly growing and tending beautiful flowers and trees of all kinds, and providing a sanctuary for his beloved birds and wild animals. He similarly tended and encouraged the people around him, helping and supporting others wherever he could. Howard Curry was the widower of Frances “Frankie” Marie Risen; they were married for 65 years. He is survived by his son Howard Glen Teater and his wife Jan; granddaughter Jeanie Marie Duwan and her husband Gottlieb; great granddaughters Sasha Elara and Elinor Victoria; brother Kenneth Teater and his wife Sherley; nieces Sandy Teater Peel and husband Gene, Melinda Warford and husband Kevin, Kenna Denise “Missy” Teater; and numerous great nieces and nephews. The visitation was held on Thursday, Dec. 22 from 5 to 7 p.m. at Kerr Brothers Funeral Home, 3421 Harrodsburg Road, Lexington, KY. A Masonic service was conducted starting at 6 p.m. during visitation hours. The funeral service was held at Kerr Brothers on Friday, Dec. 23 at 12:30 p.m., with a graveside service following at Bluegrass Memorial Gardens on Harrodsburg Road. In lieu of flowers, charitable donations can be sent to Hart Masonic Lodge #61 in care of Terry McFarland, Treasurer (Address: 512 North 3rd Street, Nicholasville, KY 40356) or Masonic Homes of Kentucky (Address: 3761 Johnson Hall Drive, Louisville, KY 40041.)