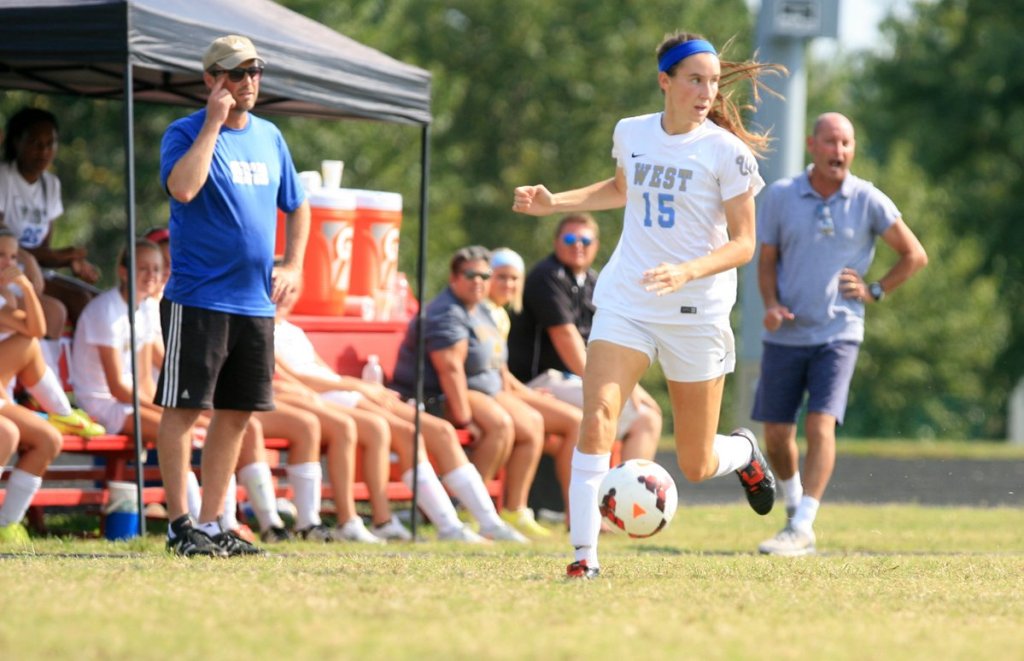 West Jessamine girls’ soccer head coach Kevin Wright was named the 2016 National Soccer Coaches Association of America High School Girls’ Large School Fall South Coach of the Year on Thursday. The honor follows a season in which Wright helmed a Lady Colts squad that tore through the 12th Region Tournament and the state tournament on their way to a program-first state championship.

West allowed just one goal throughout state tournament in route to defeating Lexington Catholic, 4-0, in the championship game at Bryan Station. This season, the Lady Colts went 24-4-1 and undefeated in the 12th Region (8-0) and the 46th District (5-0). That sterling record comes despite a schedule that Wright designed to be one of the toughest in Kentucky.

In his time as the West girls’ soccer head coach, Wright has taken his teams to an unprecedented seven state tournament appearances. The Lady Colts have appeared in the state tournament five out of the past six seasons.

Wright joins West baseball head coach Jody Hamilton as the second West head coach this year to be awarded nationally. Hamilton was honored as the high school baseball national coach of the year this past summer.