Wreaths for those gone, but not forgotten 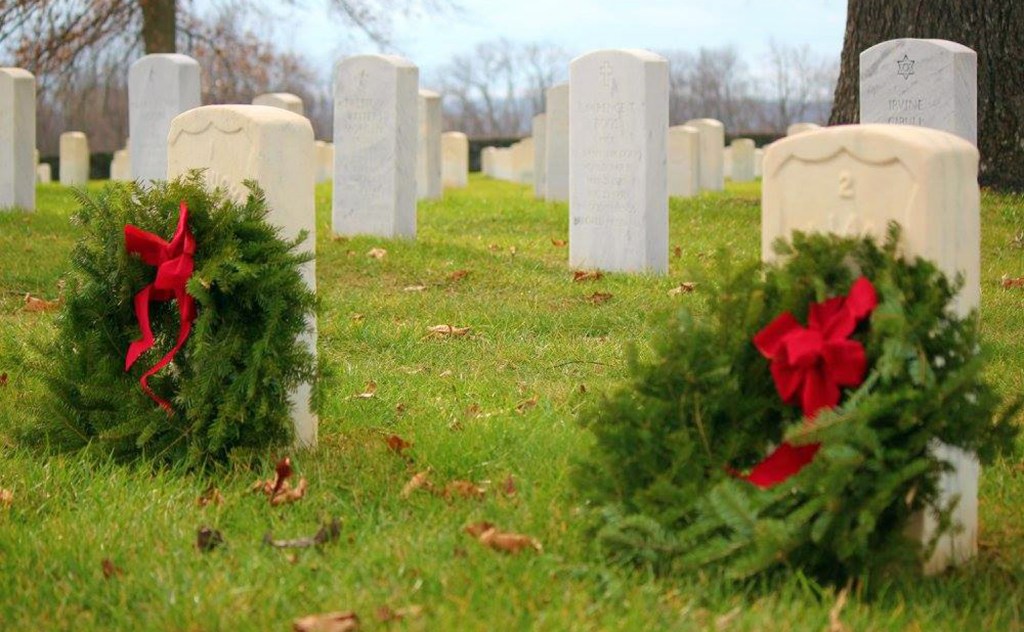 On Saturday, Wreaths Across America will be hosted at a local location — Camp Nelson National Cemetery.

The ceremony has been hosted at the national cemetery for the past five years.

Wreaths Across America is nationwide, and it started at the Arlington Cemetery in Virginia. It is an event that consists of volunteers placing wreaths on veterans’ gravestones.

“We honor our soldiers and veterans on Memorial Day,” Lucas said. “So during Christmas time we just try to remember those who have passed.”

There will also be a night service that is focused on the spouse and children of soldiers.

“There are so many spouses and children buried in the cemetery, but they are never spoken of,” Col. Lucas said. “But they paid a huge sacrifice too. I just want to make sure that the family as a whole is recognized.”

Out of the 14,000 stones at Camp Nelson Cemetery, there are around 1,200 to 1,300 wreaths that will be laid out. The wreaths come from donations and funding raised throughout the year.

“Hager Funeral Home raises a lot of funds for the Camp Nelson Wreaths Across America,” Col. Lucas said. “They have been a huge supporter for the last couple of years.”

Nov. 27 was the cut-off date to purchase wreaths for the event. The 600 wreaths that were purchased will be matched.

“If you purchase any wreaths online now, it will just be credited to next year,” Lucas said.

The ceremony starts at noon on Saturday, Dec. 17 at the Camp Nelson Cemetery on Danville Road in Nicholasville.

“We ask that when people place the wreaths on a certain stone that they take a moment and call the soldiers name out,” Col. Lucas said. “Because you die twice — you die once, and if you never speak their name again, then that’s the second time.”

For more information or to donate, visit http://bit.ly/2gRrV2B.