Two suspects in Lexington thefts have been arrested in Jessamine County by the Sheriff’s Office.

James Gosser, 20, and Jonathan Bolton, 26, are both from Nicholasville and were discovered at Sunnyside Drive in Nicholasville.

According to the press release, the Sheriff’s Office received a call to assist the Lexington Police Department with a theft investigation.

The deputies discovered Gosser and Bolton in possession of two stolen ATV’s, a stolen side by side and a stolen sport bike.

The Jessamine County Sheriff’s Office have charged the two with Receiving Stolen Property over $10,000, and Bolton was charged on a warrant, first-degree Fleeing or Evading Police and first-degree Wanton Endangerment, concerning an incident on Sept. 25 of this year.

“Those charges were a result of Bolton driving, a White GMC pickup, when he took off from Deputy Matt Lytle after a traffic stop on Richmond avenue in Nicholasville,” said the press release. “Bolton was traveling on Union Mill when he nearly collided with Deputy John Preston as he was fleeing the area.”

Chief Deputy Allen Peel said in a press release that both suspects were arrested, Wednesday, Dec. 7. 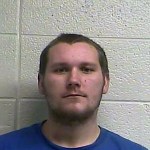 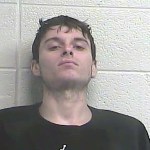