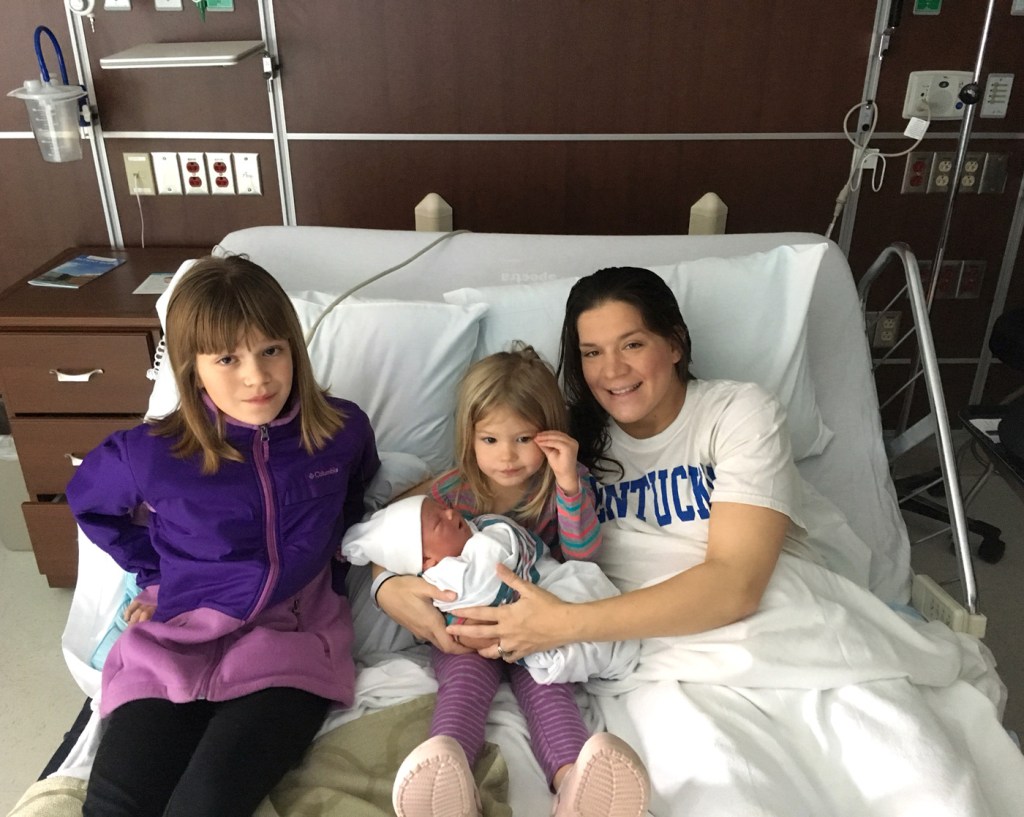 A couple of 12 years at East Jessamine Middle School wanted to be surprised about their new baby’s gender. On Thursday, during school hours, they were very surprised to learn they had a girl.

“Never in a million years did this scenario run through my head,” Zemba said about the birth.

Before Thursday, Zemba said she remembers assuring the class that she wouldn’t have her baby at the school because labor takes hours. The baby doesn’t immediately come after the water breaks.

“It just doesn’t work that way,” she said.

Little did she know at the time, that is almost exactly how her third child would be born.

The day before she gave birth, Zemba went her doctor, who said it was ok to go back to work one more day, as the baby was not expected to arrive until Dec. 14.

“I thought everything was fine,” Zemba said. “And I thought for sure I would make it to my induction date.”

Zemba went about her Thursday as normal. She was teaching when she said she began to feel uncomfortable. A little after 3 p.m. she felt a sharp pain. Thinking it was a Braxton Hicks contraction —  intermittent uterine contractions that may begin in early pregnancy — she drank some water, and continued teaching.

She then felt another pain that alerted her something wasn’t quite right.

Eighth grade social studies teacher Katie King helped Zemba to the restroom, while a student took over and tried to continue the lesson.

“The kids did so so great,” Zemba said of her class.

After a few minutes in the restroom, Zemba’s water broke and she noticed something she really did not expect; the baby’s head was crowning.

Her husband, Assistant Principal Casey Plouffe, had already been alerted and was on his way.

“I got down to the hallway, and she said the baby was coming,” Plouffe said. “And sure enough, it was coming.”

Plouffe arrived just in time to deliver his newborn daughter in the faculty restroom.

“What are the odds?” he said. “One, a husband gets to birth his own child, and two, it happens in the school.”

In a matter of five to six minutes, Grace Adelaide Plouffe made her big debut.

Plouffe also got to deliver the news to his wife that they had a baby girl, despite the fact that Zemba was pretty positive the entire pregnancy that she was having a boy.

Plouffe was making sure the baby and his wife were ok, when school nurse Thomasina Prewitt came in to help until the ambulance arrived.

Another teacher, Angel Justice, rode in the ambulance with Zemba while Plouffe went to get their other two daughters, Ella, 3 and Angela, 10, from school.

Zemba said Angela was in shock over the whole thing, and Ella was very excited to be a big sister.

Zemba and Grace were released from the hospital on Saturday.

“Everybody is completely healthy and at home,” Plouffe said.

Once everything calmed down, Zemba received a note from one of her students saying that she jinxed herself when she said labor takes hours.

“It was one of those extremely surreal things,” Zemba said. “I remember looking back that night thinking that we were so, so lucky.” 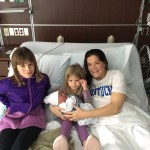 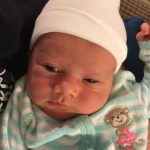 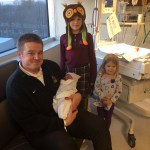