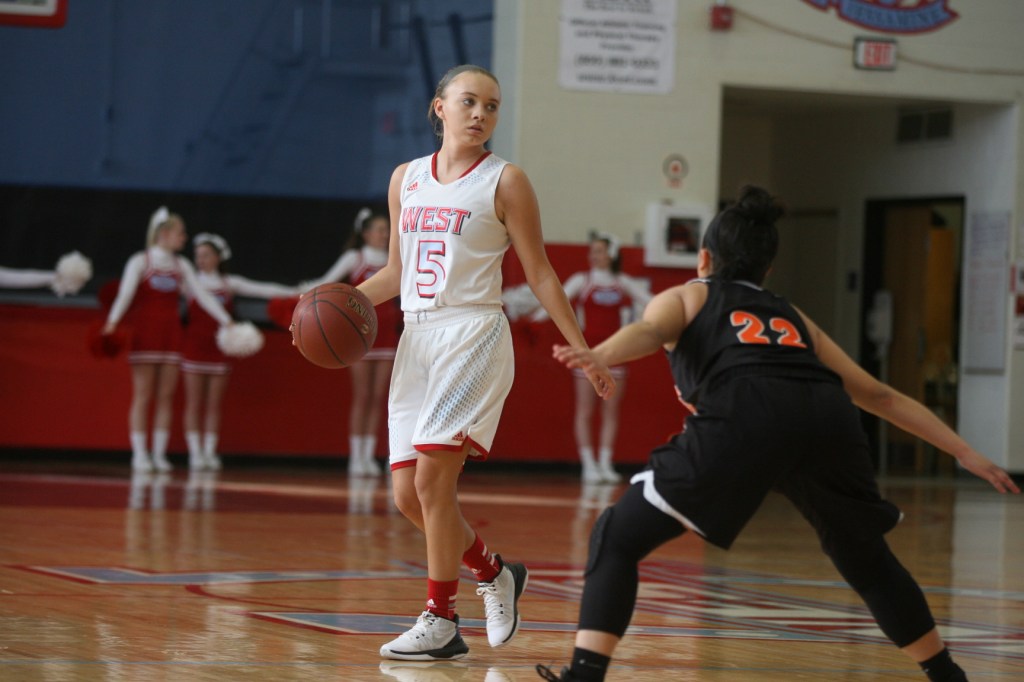 Despite a slow start to the game against Paris on Saturday, the West Jessamine hoops team had no trouble corralling the Lady Hounds, 48-62, to win its fourth straight game.

It’s the second consecutive year that the Lady Colts have opened the season 4-0.

With the Lady Colts coming off a tough one-point victory over 12th Region foe Garrard County, it came as no surprise that they entered the afternoon flat. Fortunately for West, its defense carried it to an eight-point first quarter lead, 14-6, despite an offense that had trouble finding the bucket early.

“Our effort has been good,” West head coach Jason Seamands said of the slow start. “It just happens sometimes … We were just a little sluggish offensively. Defensively, I take no issue; our press was good, our defense was pretty good. It was just a matter of time before our offense kicked in a little bit.”

West’s offense did click in the second quarter as the Lady Colts’ lead blossomed to 22-10 with 6:26 remaining in the first half after West went on an 8-4 run. However, Paris’ Kiara Garrard hit a three midway through the second to pull the Lady Hounds within six points, 24-17.

The sophomore buried three consecutive threes with less than three minutes remaining in the first half that carried West on a 9-0 run. Bethany Hamilton then picked up the slack as she followed with eight straight points to send West into the half with a 40-23 advantage.

“It was good to get Faith going,” Seamands said. “Faith had gotten dinged up (against Garrard).”

“It’s probably the best that we’ve shot all year,” Seamands said after his team shot 55 percent from the field. “I told our coaches after that our shooting was bailing us out. In the past we’ve been playing really well, but just not shooting well.”

The Lady Colts proceeded to increase their lead in the third after holding Paris to just eight points. West entered the fourth quarter leading 56-31. The largest lead for West was 39 points.

However, that lead methodically diminished over the course of the fourth quarter as Paris chipped away with a 14-2 run that brought the Lady Knights to within 20 points. Yet, time would be on West’s side as it survived the 17-6 fourth quarter Paris run to move to 4-0 on the season.

“We had a good week,” Seamands said. “From beginning to end it was good.”