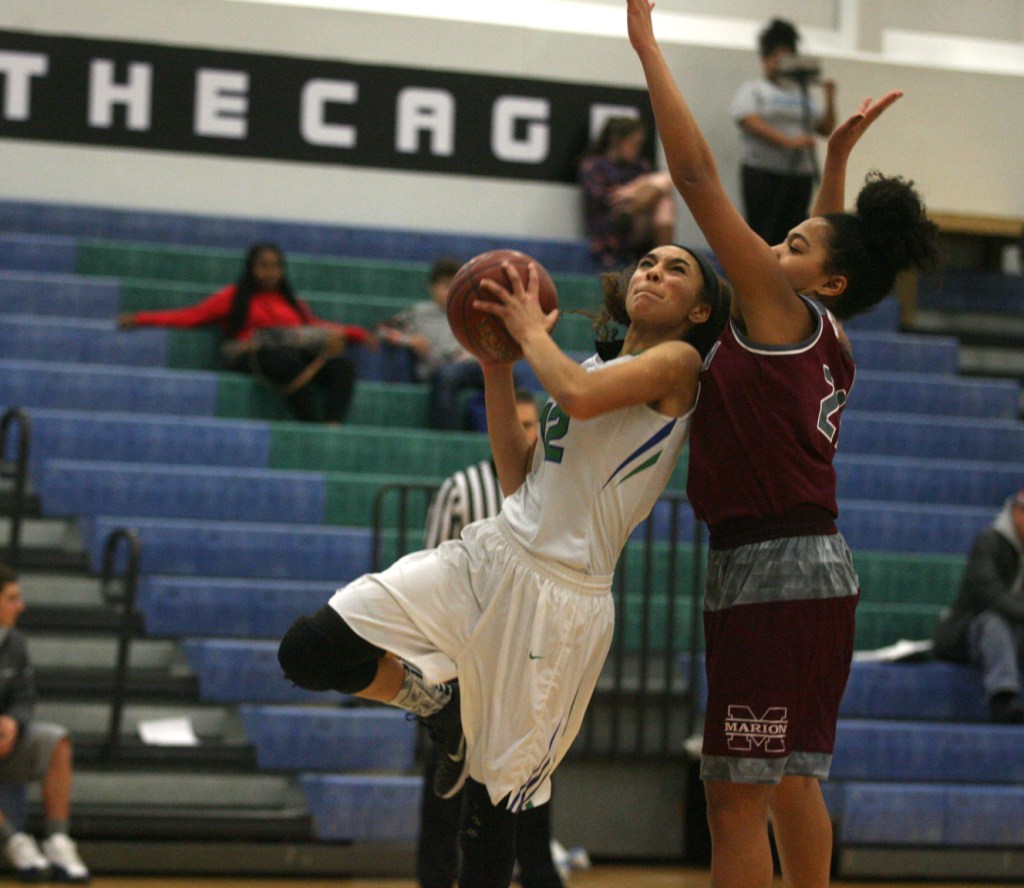 The tough sledding continues for an East Jessamine High hoops team still searching for its first win of the season after Marion County defeated the Lady Jaguars 39-79 on Friday.

The loss sends East to 0-3 on the season, with all three losses coming by over 20 points. The slow start follows a trend set during 2015/16 season in which East started 3-6 before winning 20 of its last 21 games.

The defeat on Friday comes against a Marion team that concluded last season with a 14-75 12th Region Tournament loss to Elizabethtown in March. After losing just two seniors from that squad, the Lady Knights travelled to East with a 2-2 record and loaded with an experienced roster built around leading scorer, Haeli Howard (20 points per game).

And it came as no surprise that Howard had her way against the inexperience of East. Through four quarters, Howard scored 24 points with four threes. She was helped by freshman guard Dailyn Spalding’s 21 points and the 12 points from Carrington McKay.

The Lady Knights’ dominance was such that they burst out to a 10-0 start before East’s Jalynn Landversicht ended the run with 4:47 remaining in the first quarter. The Lady Jags’ deficit increased with two minutes gone in the second quarter as Marion jumped out to a 32-9 lead.

Marion proceeded to take a 43-17 lead into halftime.

As slim as the possibility of a monumental East rally was, hope still remained; however, those hopes were dashed when Marion opened the second half with three-straight three pointers, which dealt the final blow. The Marion lead increased to 58-19 with 2:27 left in the third quarter.

A running clock was then placed into effect.

In the loss, East was led by Landversicht’s 19 points; she averages a team-high 13 ppg. Jessica Hall followed with nine points, Hannah James and Paige Smith both scored five points, and Marceli Parisi scored one point.