School plans to add a healthier option to backpack program 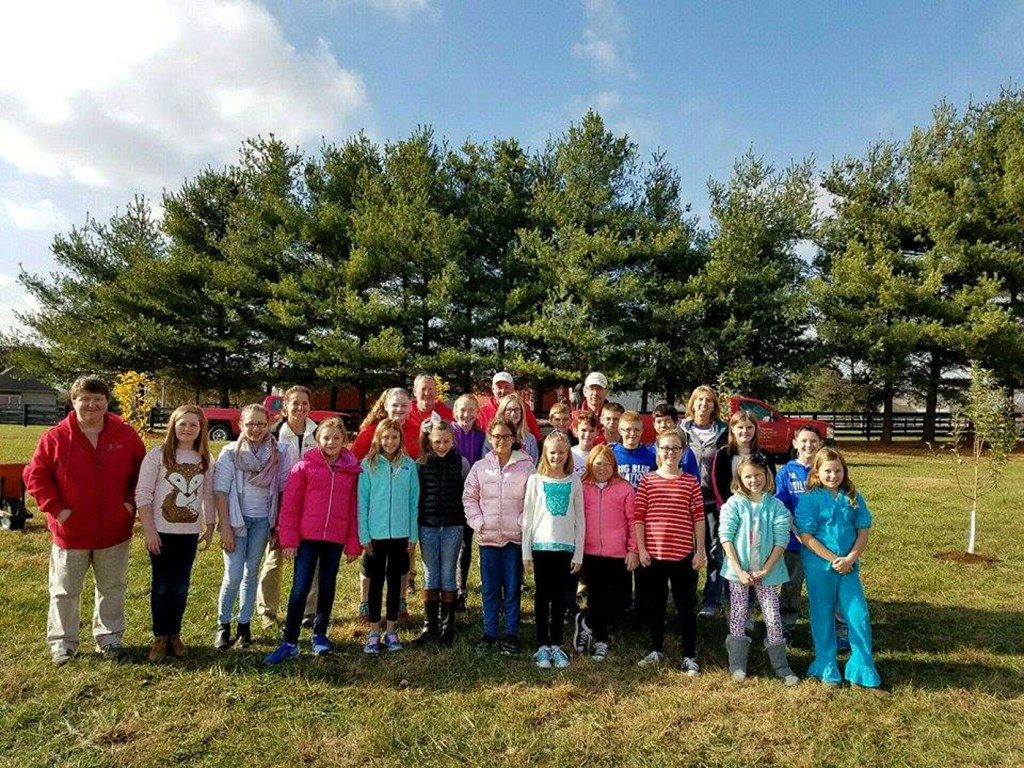 A Jessamine County elementary school has taken its first step toward a community garden.

Though the trees aren’t predicted to yield any fruit until two to three years from now, it’s a step in the right direction.

Nature’s Expressions Outdoor Design and Construction — a landscape design and construction company in Nicholasville — helped plant the trees on Thursday and Friday last week. They also helped do the design and planning for the garden.

Students from the fourth and fifth grade leadership teams — the ones who started the community garden — wrote letters to several local businesses asking for donations such as tools, spades, watering cans and Rubbermaid sheds.

“Several people in the community are coming together on this project,” said Melissa Beers, gifted and talented resource teacher and literacy coach at Rosenwald-Dunbar Elementary.

In the spring, Beers said the elementary school will work with the agriculture department at the Jessamine Career and Technology Center to build four separate raised beds. The garden will mostly consist of vegetables that can be harvested in October and December, such as tomatoes, broccoli and spinach.

All the produce from the community garden will go to the families who need it.

Every Friday, around 60 bags of food are given out to the children in the Backpack Snack Program at Rosenwald-Dunbar Elementary,  Beers said.

At the moment, the bags consist of mostly processed foods that are donated by various organizations in the community.

“The students wanted to add some fresh fruits and vegetables in them,” Beers said.

The project will give students the opportunity to learn how to plant seeds and take care of a garden, she said. Even over the summer, when school’s out, family volunteers could help out by weed eating and watering the plants.