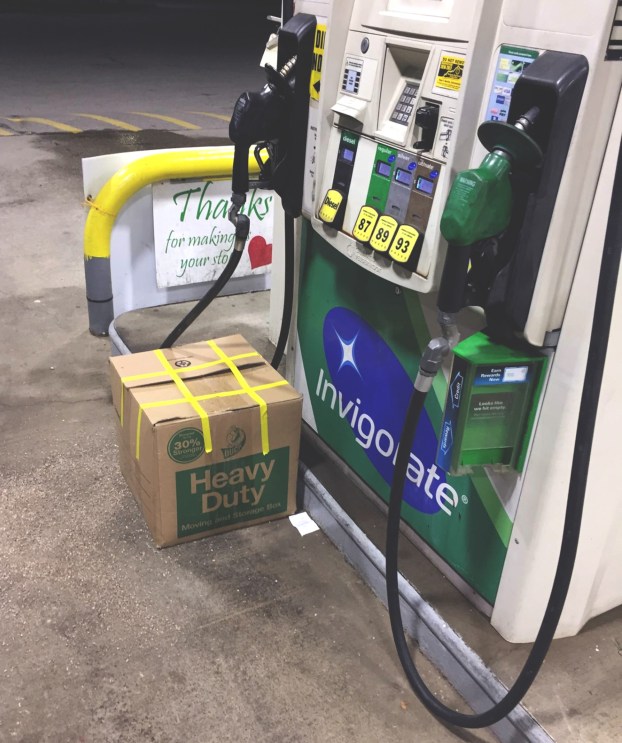 Jessamine County officials and the Lexington bomb squad received a gruesome surprise from a suspicious box at a local gas station on Nov. 29.

The Nicholasville Police Department received a call regarding a suspicious package that was left at the Double Kwik BP gas pump at Catnip Hill Road around 3 p.m. The package, left at pump 12, was discovered by an employee.

“The Fire Department responded within five minutes,” Schuler said. “They approached the box cautiously. We decided to lock the doors and evacuate the store.”

The Fire Department called the Lexington bomb squad, who took X-rays of the box and brought in a robot to open it.

“No paperwork was done on the incident,” Kevin Grimes of the Nicholasville Police Department said. “I’m assuming the box was disposed of properly.”