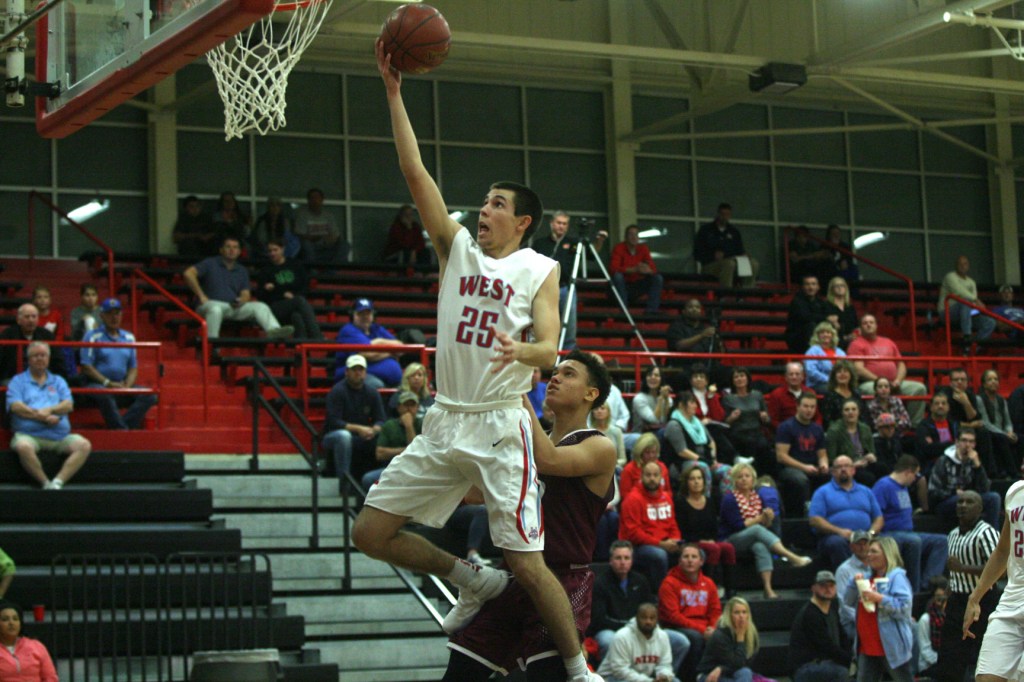 Despite stiff competition from Tates Creek in the opening quarter of the 2016 regular season on Tuesday, the West Jessamine boys’ basketball team rallied behind a barrage of threes and a balanced offensive attack to cruise past the Commodores, 87-47.

In all, the Colts recorded nine threes in the game, and four players scored in double digits. West would finish the game shooting 61 percent from the field compared to just 36 percent by Tates Creek. The Colts also shot 64 percent from the perimeter.

“It’s really hard to guard a team that has four kids that are capable of scoring like that at the high school level,” West head coach Damon Kelley said. “That’s what I’m most pleased about tonight — we were unselfish on offense.”

Halftime: West takes a 41-29 lead into the half. Davis with the jumper to end the half. Colts lighting it up from the perimeter. pic.twitter.com/fOAfELoOIL

After Isaiah Okesson’s three put West up 12-10 with two minutes remaining in the first quarter, the Colts went on a run that stretched their lead to 41-29 at the half. Tates Creek would never really challenge the Colts in the second half. The closest the Commodores would get was 45-29 midway through the third quarter — the result of careless passes and poor execution.

“We’ve got to cut back on the turnovers,” Kelley said. “But overall, I’m very pleased for the first night.”

However, West had enough offensive firepower to douse any Commodore rally. Led by the 19 points from Bradley Tullar, the 17 points from Dalton Bruner and Okesson, and the 12 points from Kendall Peters, the Colts would begin to pull away throughout the fourth quarter.

“We probably have four players that on any given night can put 20 (points) or more on the board,” Kelley said. “What they all have to understand is that we’re not going to have one person go out and get 20 (points) every night. The strength of this team is going to be their willingness and unselfishness to share the ball and play with each other.”

The victory was the second consecutive opening-season win for West over Tates Creek.