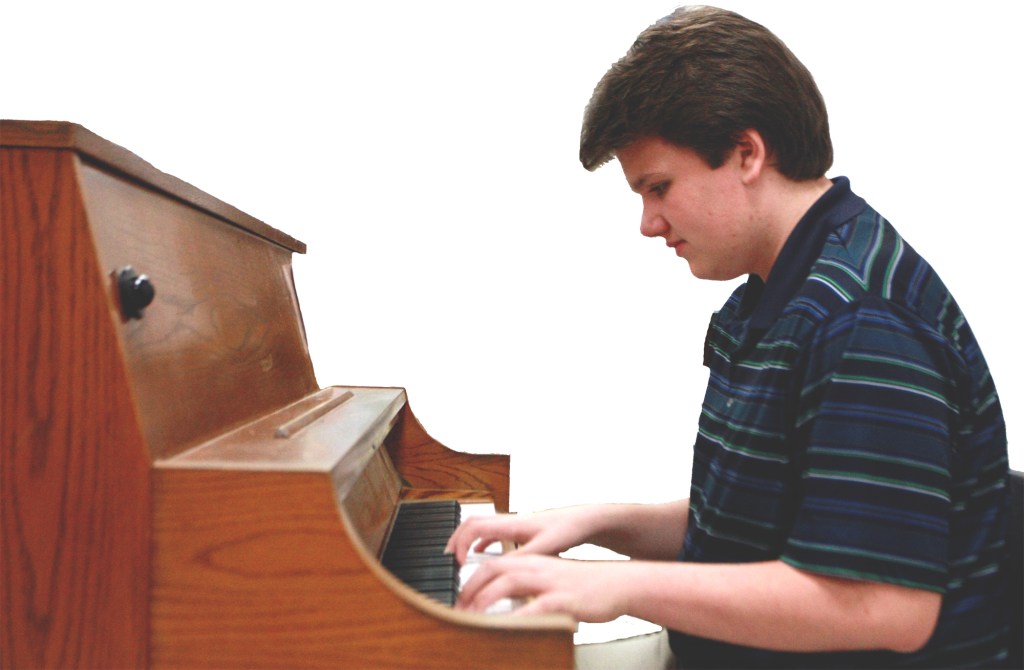 A local high school student recently won first place in a statewide piano competition in Louisville at the end of October.

He described Moore as “an old man in a young body.”

Moore achieved first place by memorizing five pieces from different genres, and playing them all from memory at the competition sponsored by the Kentucky Music Teachers Association and the Music Teachers National Association at the University of Louisville.

“It’s a national competition that is spilt into national, regional and state,” Moore said. “All fifty states compete.”

Not only is Moore a pianist, he composes music and enjoys academics as well.

“I think classical music ties in with the academics a lot,” Moore said. “Especially with mathematics, and I think that is one of the leading contributors to my interest of math.”

“I was exposed to the piano at a very young age and my interest in it started to grow,” Moore said. “I just discovered a love for it. It’s really been a joy playing.”

This is not the first time the sophomore has won an award for his talent. In 2011, 2014 and 2016 Moore was named the Kentucky Young Composer of the Year.

David Hamrick-Moore I, his father, said that his son puts hours and hours into practice at home.

“It’s a self-evolving process because the more competitions you win, the higher your level has to become very quickly,” Moore Senior said. “He’s growing very quickly and he has grown very quickly. He has already composed about 30 pieces.”

Moore will now go to represent Kentucky in the nine-state MTNA Southern Regional Competition on January 17 in Columbia, North Carolina.

“(Piano) is currently what I want to do for the rest of my life,” Moore said.