Basketball preview: East looks to fill in the pieces, expects to turn heads this season 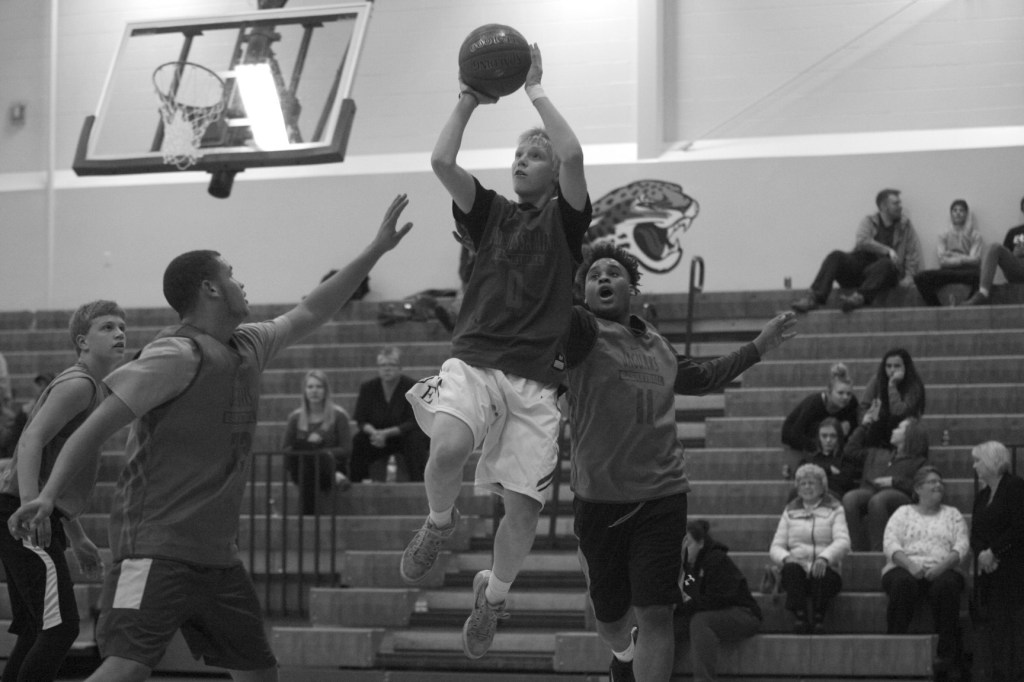 O’Bryan looks to ramp up the tempo this season. With a roster consisting of players that have the ability to shoot, East will enter this season with the intent of movement and spreading the ball around on offense.

“We’re going to get up and down the floor this year,” O’Bryan said. “We’re going to shoot a lot more threes. We feel like we have a lot of good shooters.”

Drew Cook: The junior point guard returns following a 2015/16 season in which he averaged 5.9 points per game on 34.6 percent shooting. His return to the point will help bolster an already inexperienced and young Jaguars team.

“He’s become a tremendous leader, a tremendous asset to have on the floor,” O’Bryan said. “He’s a really smart, heady player; does all the little things.”

Logan Gayheart: The senior center adds stability on defense and an ability to find his way to the rim for the Jags. Last season, Gayheart averaged seven ppg to go along with his 4.6 rebounds per game. This season, O’Bryan plans to start Gayheart, which will add much needed experience to a young front court.

“They both know their role and they both work really hard,” O’Bryan said of his two senior captains, Gayheart and Christian Goen. “The good thing about them is that they’re great leaders. For the lack of experience that we have with the upperclassmen they’ve done a great job.”

DeAnte “Slim” Sanon: The Tates Creek transfer infuses East with a talented and athletic presence that will help counter the departure of last season’s leading scorer, Nathan Harper. His presence in the paint will cause fits on defense for opposing teams and his speed and talent will allow East to get up and down the floor with ease.

As the fastest kid on the team, O’Bryan is excited about the possibilities that Sanon brings to the offense. During Tuesday’s “Meet the Jaguars” scrimmage, Sanon’s athleticism was on display with an ability to find his way to the rim. Though still young and learning a new system, Sanon should become a formidable threat both defensively and offensively.

Much like East as a whole, Sanon will need time to find his role and O’Bryan expects Sanon to experience some growing pains early, but come tournament time, Sanon and the Jags should be a team to contend with.

“When it’s all said and done,” O’Bryan said. “When those kids get the experience that they need, I think we can be a really dangerous team.”

Matthew Napier: Fresh off the football season, Napier enters the basketball season looking to ease into the flow of the game. O’Bryan hopes Napier is physically ready come Nov. 29 as he has hopes that Napier will become a dominating presence in the paint. The big man has impressed coaches and looks to get substantial playing time behind Gayheart.

“I think he has a chance to give us some significant minutes,” O’Bryan said of Napier. “He’s still in football shape. … He’s looked a lot better since last year. He hasn’t done a lot with us, but in the short time we’ve seen him we’ve been really impressed.”

Players to keep an eye out for

“Both of them have worked on their jump shots a lot,” O’Bryan said. “They’ve gotten a lot better.”

O’Bryan has high hopes for his team this season. But he knows that East is more than likely a year away from being a force in the district and region. However, he still expects to surprise people this season.

“We’re setting the bar high. We’re shooting for 20 wins, competing for the district and going to region and all that,” O’Bryan said. “It’s exciting. These kids work hard.”

The key for this season

For East to be successful this season the Jags will need to focus on cohesion and chemistry, O’Bryan said. “That’s going to be the key for us,” he added.