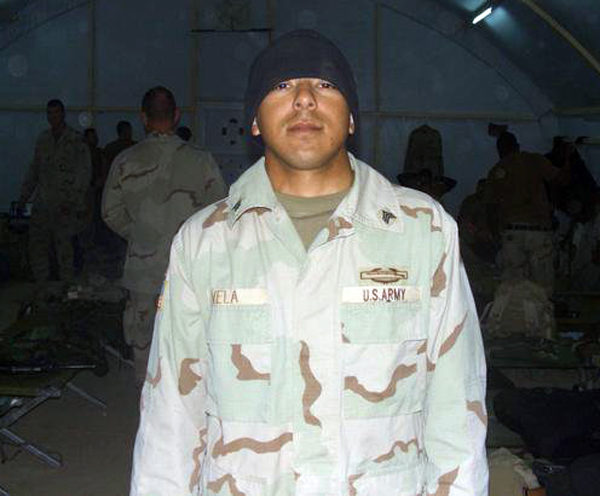 For some, the holidays are enjoyed by spending time with family. For others they are just another reason to miss home.

Countless men and women in the military will be away from their families this holiday season.

It was for this reason that a local non-profit organization — The Elier Vela Foundation — was created. The foundation provides care packages throughout the year to active military serving abroad. The packages are meant to act as a reminder of home and an indicator that families are still including those who are serving in celebrations.

Nicholasville native Karen Pedigo founded the non-profit 10 years ago, in June of 2006, and it has been growing ever since.

Before founding the organization, Pedigo said she went through a few challenges of her own.

“I had lost one boyfriend to a drunk driver.” Pedigo said. “I then had heart surgery during the Christmas season, and I wanted to give back but I wasn’t in the shape to do much.”

As her way of giving back, she went online and adopted a solider through a program that allowed her to write back and forth with a solider — Elier Vela — and they grew really close.

“He was getting shot at and I was living through surgeries,” Pedigo said. “So we made it a point to meet when he got home.”

Before that could happen, Vela was diagnosed with testicular cancer and died within the year.

“It’s the best friend I never met,” Pedigo said. “We never got the chance to meet. I also knew I didn’t have the capacity to grieve after losing my boyfriend to a drunk driver accident. So, when the year anniversary of Vela’s death came, I started the foundation.”

As a kick off to the holiday season, Pedigo appeared on WHAS Channel 11 Wednesday, to discuss how anyone is capable of sponsoring a care package through The Elier Vela Foundation.

Donations of items such as toiletries, socks, pens, paper, envelopes, snacks and treats (that can be opened without a can opener) for Christmas are being accepted through Christmas.

The non-profit sends around 100 packages every year through the holiday season, and even more year-round. Since 2006, the foundation has sent around 5,000 packages, Pedigo said.

“We always are in need of postage funds,” Pedigo said.

Donations can be mailed to The Elier Vela Foundation at 228 Richmond Ave. Nicholasville, KY 40356, and donations in Louisville can be dropped off in person at Payrite Accounting Services, 10545 Watterson Trail, Louisville, KY 40299.

Families of service members who are deployed abroad are welcome to contact Pedigo with the mailing address of those military members, and the foundation will make sure they receive a holiday surprise.

“There are some soldiers that get a lot of mail and some that get none,” Pedigo said. “We try to send them care passages on a regular basis throughout their deployment.”