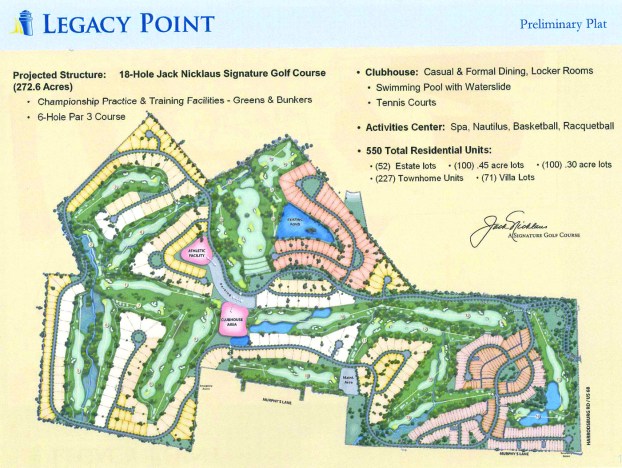 The Wilmore City Council approved readings of a few different ordinances at a meeting Monday night. Some of them pertained to the new upcoming Jack Nicklaus Signature Golf Course.

The second reading of an ordinance that allows eight acres of the Forbes property to be annexed into the city was approved.

The council also accepted zone changes on the over 460 acres of the Jack Nicklaus Signature Golf Course and the preliminary plat recommended by the City of Wilmore Joint Planning Commission with conditions.

Now, the next step in the process for the Wilmore Joint Planning Commission is the construction plans, said David Carlstedt director of utilities and public works.

“We’ve never made it this far in the project,” Carlstedt said.

A partner with the RFH accounting firm in Lexington — Heather Cochran — presented the audit to the Council.

When Hayley Ellis left the position in April of 2016, Lori Vahle took her place as financial director. Cochran said that would normally cause a few bumps in the audit.

“I was very impressed by how smoothly it went with the transition,” she said.

Cochran said the audit went well and no problems were found.

“Clean audits are what you want,” Mayor Harold Rainwater said.

Rainwater also announced that there are around 40 Christmas trees in a storage building that need a home this Christmas.

So far, six of them have been set up around Wilmore and six others have been given to single mothers in the community.

All the trees are pre-lit, though they may not work like they used to, Rainwater said. Some of them have a few bulbs out while others may not light up and all.

“They may not be perfect, but they’re free,”he said.

Around 30 trees are set up and ready to go.

“The goal is to get them into the community,” Rainwater said.

Many shoppers know about Black Friday and Cyber Monday, but this Christmas, Wilmore will offer a different shopping experience.  On... read more