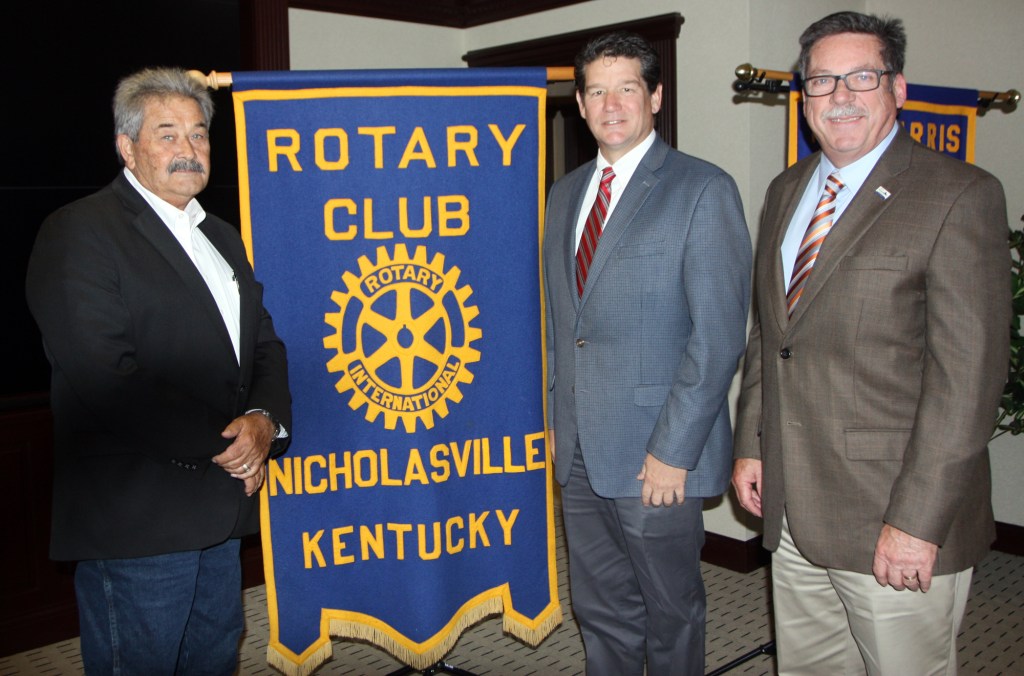 Jessamine County officials spoke at a Rotary Club of Nicholasville meeting on Tuesday, Nov. 15 to inform residents of what they are working currently working on in their positions.

Bringing tourism groups together is important for the county, Sutherland said. There is also a business from Lexington that could potentially bring more jobs to the city.

“We are trying to land a business that will come to Nicholasville,” Sutherland said. “The business out of Lexington makes little lenses that is used in cataract surgeries. We’ve met with them several times, and they could bring us up to 100 jobs.”

Wilmore Mayor Harold Rainwater said Wesley Village announced they are building two more small homes, which will create around 50 jobs for each of the new buildings.

Rainwater also spoke on the importance of the Wilmore Sewer Treatment Plant.

“In order to accommodate the growth that we are anticipating, we have a 40-year-old sewer plant that needs upgraded,” Rainwater said. “You don’t have any choice. You have mandates that come down from the Federal Government to what you have to comply with. It is going to be launched real soon.”

In terms of Jessamine as a whole, Judge Executive David West said the biggest thing right now is the $15 million decision to build onto the jail or not.

Currently, the jail is at 160 percent capacity, West said. The county is paying around $80,00 a year for other counties to house inmates while the expansion is not taking place.

“If we don’t do something, it’s just going to explode on us,” West said.

One of the Rotary Club members said there are only 96 beds at the jail, and 230 people are housed there.

Previously, the Jessamine County Detention Center sent a majority of the overflow inmates to Taylor County.

Each official noted that the cities and the county as a whole have items to work on, and in order to do that, everyone needs to work together to get things done.