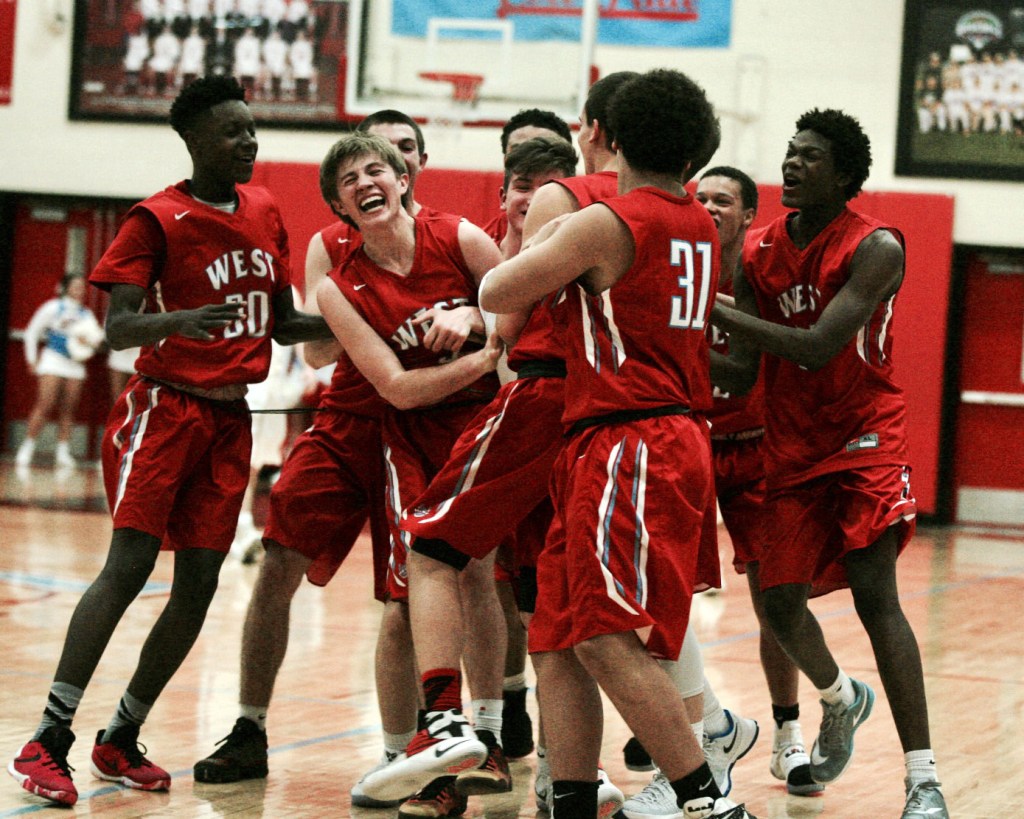 If Dalton Bruner’s game-winning three in the final seconds of Friday’s “Meet the Colts” scrimmage were to harbor any symbolic value, it would be that the West Jessamine boys’ basketball team is primed for a season even better than last season’s 12th Region Tournament appearance.

With a roster loaded with a core group of returning shooters — Isaiah Okesson, Dalton Bruner, Kendall Peters and Bradley Tullar — the Colts appear geared for yet another 12th Region Tournament run. And this all comes despite the departures of former senior starters Siah Holifield, Wells Ducas and Camron Seater — The three averaged a combined total of 30 points per game.

However, the quartet of Okesson, Bruner, Peters and Tullar return an average of 35.7 combined ppg. Mix that with a roster full of talented role players, and the Colts make for one lethal sharpshooting team.

In addition, West returns a group of now-seniors that played vital minutes last season. That, and the addition of several new faces, has West head coach Damon Kelley optimistic about his team going forward.

“We’ve got six kids back that all played a lot of minutes last year,” Kelley said. “We’ve added some new faces to it. We’ve got Ty Caudill, who as a senior, has a chance to help us. We’ve got some juniors that are going to get an opportunity. And we have a really talented eighth grader (DeAjuan Stepp) out there competing with them everyday.”

Much like last season, West, on paper, has the makings of a strong offensive team. Okesson, who led the Colts last season in three-point attempts and makes, returns after averaging 2.5 threes per game; Tullar will look to improve on his already impressive 45.3 percent from beyond the arc, and Bruner returns his team-high 50 percent from three.

However, Kelley would rather not live from the perimeter. He understands that to be successful, West will need to be a force in the paint.

“I’m a big believer that you can’t live and die by the three,” Kelley said. “I think that you’ve got to establish yourself in the paint. But I also know that we don’t have that dominant presence to throw the ball inside to.”

The Colts do have at their disposal a potential talented big man in senior center Jude Louis. However, despite his size, this will be Louis’ first season, so growing pains are to be expected. But if he’s able to grow into the role faster than expected, his presence in the paint and on the boards will be a great addition for West.

“He learns things quickly,” Kelley said of Louis. “You can watch him out there and see the potential, athletically. It’s just up to him how quickly he picks up everything else about the game.”

With the bulk of the 2015/16 team returning, the Colts have the opportunity to buck three consecutive years of one-and-done appearances in the 12th Region Tournament. As mentioned above, Kelley is optimistic about this team taking a step forward this season.

The schedule will be a challenge for West, though. It’s designed to prepare the Colts for the postseason so another upset by a sub. 500 team, such as Casey County, have less of a chance of occurring.

“I’m looking forward to the challenge,” Kelley said. “I don’t go in thinking we can win this many games or think we can be better than last year. My goal is to be the best we can be this year. How that compares to last year, I have no idea right now.”