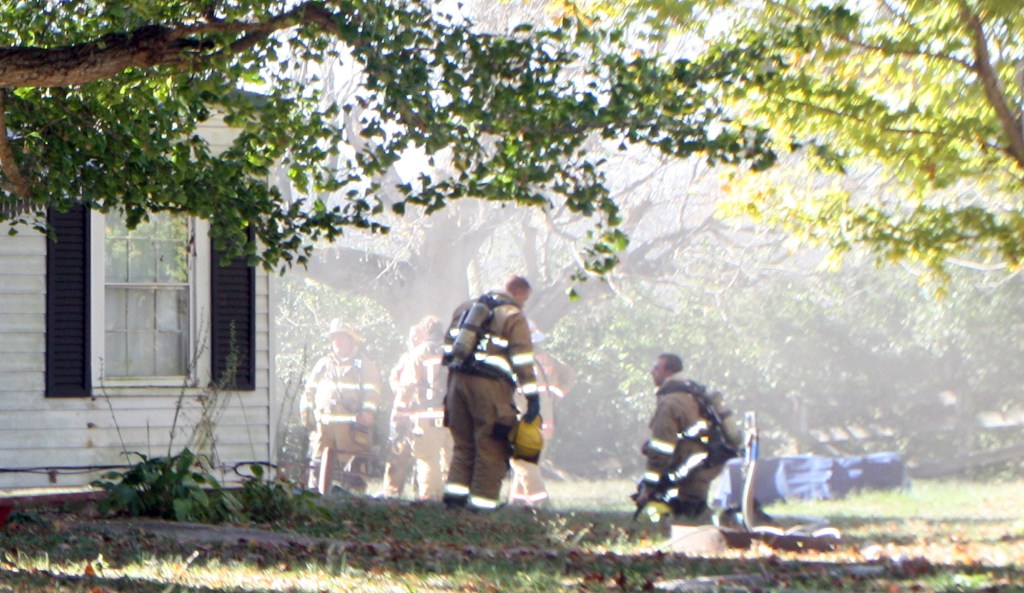 A woman was rescued from a burning home on Mare Haven Trail by a Jessamine County fire chief last week.

Wispy smoke was reported to have been coming from the home, which alerted a neighbor to call in the incident to Jessamine County Dispatch at 12:57 p.m. on Nov. 10.

“Neighbors flagged Wheeler down saying they could see someone in the window of the house trying to get out,” Cassidy said. “Wheeler then went into rescue mode and kicked the door in.”

Wheeler ended up locating a disoriented female, who was unable to find her way out.

“Wheeler pulled the woman from the residence and she was treated for smoke inhalation,” Cassidy said.

The incident was the result of a grease fire that had spread up the wall in the kitchen.

“After investigating it, we found out the cause was hot oil that was left on the stove,” Wheeler said. “If someone does have a grease fire, it is important to know not to put water on it and to get something to smother the fire.”

A dry chemical fire extinguisher is best to use, Wheeler said.

“If you are cooking with oil you need to stay with it the entire time,” Wheeler said.

But luckily in this case, the fire was able to be contained to the kitchen area.

The fire chief, along with city and county fire trucks, responded to the call that took approximately three hours to put out.