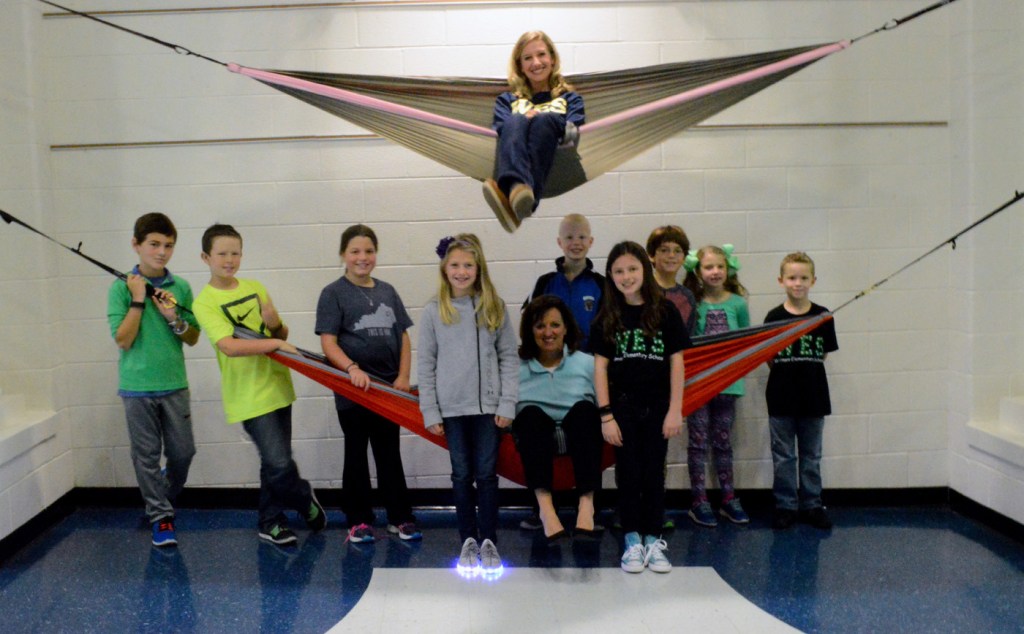 Students at Wilmore Elementary collected over $17,000 for their Fun Run fundraiser in September.

This is the fourth year the elementary school has hosted the Fun Run, and the second year they’ve gotten to keep 100 percent of the proceeds.

The money raised by students, parents, teachers and staff will go right back into Wilmore Elementary to fulfill the school’s needs as well as to purchase items such as Chromebooks, labs and reading curriculum, said Dawn Floyd, principal of Wilmore Elementary.

“It’s just a really fun day, and it’s a great way financially to start off the year,” Floyd said.

But it’s not just about the money, it’s about participation and team building as well.

“Everybody runs everybody gets a shirt and everybody participates,” she said.

The 2016 Fun Run began on September 16 with an Olympic theme, “Go for the Gold.” For two weeks, students raised funds and learned about Olympians and the character they posses.

On the last night of the fundraiser, students were given their last big challenge.

She said the Parent Teacher Organization (PTO) were the ones who came up with the idea for Floyd and Assistant Principal Katie Adams to stay in hammocks hanging in the hallway the entire school day. Last year, the two worked from the roof after the students reached their goal.

The fundraiser ended on September 30th with the Fun Run, where different grade levels got to skip, walk or run down a track created outside the school.

The top 10 were rewarded with pizza for lunch on Friday.

Between the fundraising and the 13 different sponsors, $23,000 was raised for Wilmore Elementary, surpassing the previous year’s funds by $2,000.

The students get to physically see what the money goes toward through items they use on a daily basis, Floyd said.

“I think it’s great,” she said. “I think its wonderful because they’re bringing it back into our school and they’re raising it for them.”