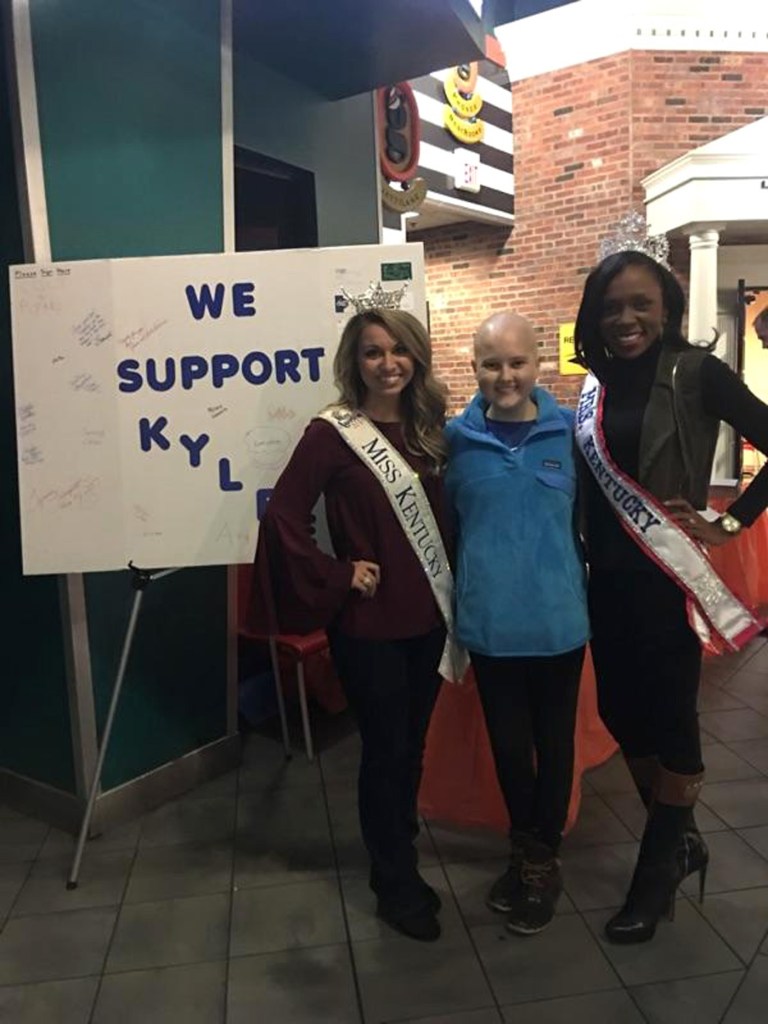 The East Jessamine High School soccer player was diagnosed with Blastic Plasmacytoid Dendritic Cell Neoplasm — a rare form of leukemia — in May of this year.

Landon heard that Tyson’s medical bills had begun to reach into the millions.

“That just made me want to help them,” he said.

It took him about a month to plan a silent auction and fundraiser to benefit the family.

The silent auction included items from various businesses in the community ranging from restaurant gift cards and clothing to jewelry and a free oil changes. There were also tickets to a Lexington Legends game.

The fundraiser — sponsored by Lexington Cancer Foundation — and the silent auction was hosted at Gattitown on Tuesday. Mrs. Kentucky, Miss Kentucky and Tyson herself were in attendance at the event that raised over $500  for Tyson’s medical bills.