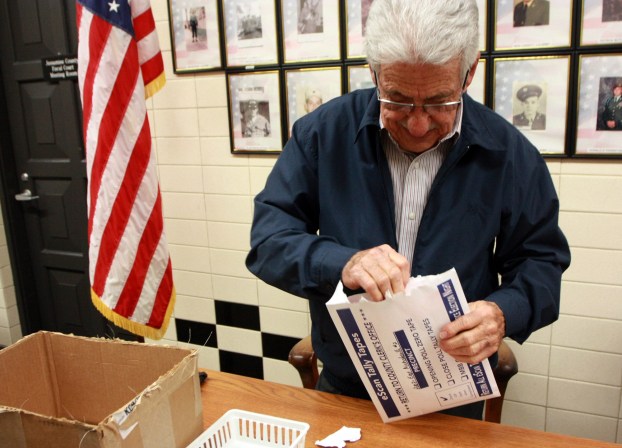 As the election went down in the history books, Jessamine County saw a 60.35 percent voter turnout.

“There were four times the normal number of absentee voters for this election,” Judge exectutive David West said.

The total amount of voters on Tuesday came to 23,662 out of the 38 precincts in the county. Votes were cast far throughout Wilmore and Nicholasville.

As the precincts in Jessamine County came in on Tuesday night, many of them had one thing in common — 66.9 percent of voters picked straight Republican party. In 2014, there were only 300 more registered Republicans in Jessamine County than Democrats (16,340), according to the Kentucky Election Government website.

There was one Democrat who created a spark and kept it going, State Representative of the 39th District Russ Meyer.  In the Jessamine County local election, two men have made their names known in the 39th District. Incumbent Meyer and newcomer Robert L. Gullette III have both been campaigning in multiple ways in the race.

As the clock struck 8 p.m. and the remaining precincts came in, the votes showed that Meyer won 9,326 to Gullette’s 7,139 votes.

Like the 39th District, the Nicholasville City Council will keep the same faces in their respective seats. Doug Blackford, Betty Black, Andy Williams and Patty Grose Teater all received over 5,000 votes each to keep their positions. The Wilmore City Council will see one new face this term, David R. Riel who received 1,217 votes. The Jessamine County School Board will also welcome a new perspective into their decision making. Bobby Welch received 1,611 votes for the 1st Educational District.

Many community members danced the night away last Saturday to raise money for an organization that helps those who are... read more