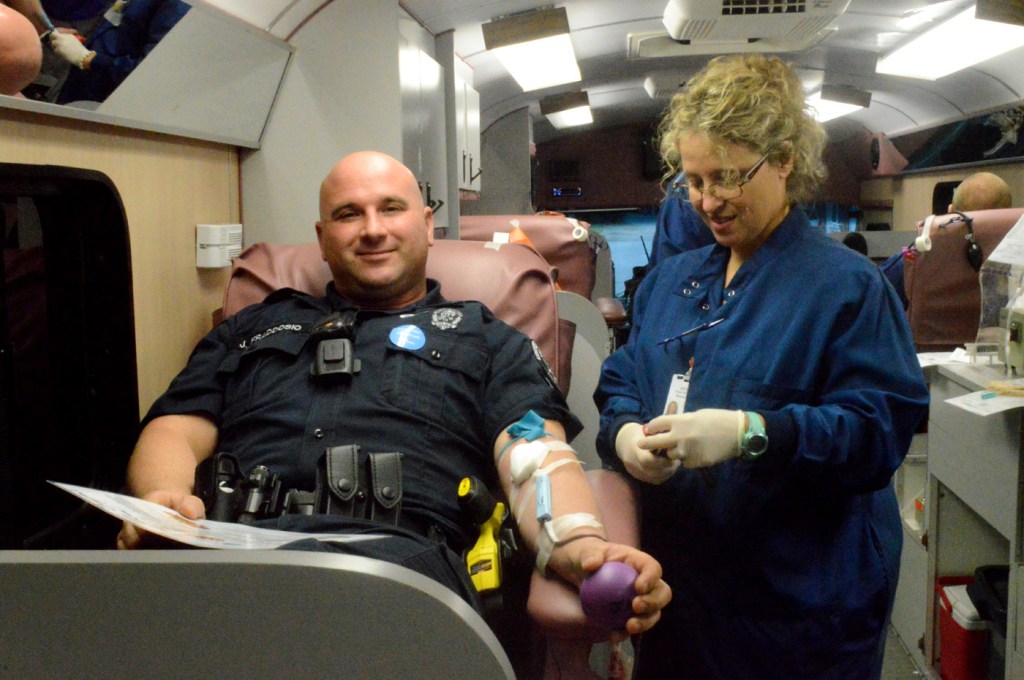 Many pints of blood was donated at a blood drive hosted by Kentucky Blood Center on Tuesday in memory of a paramedic who lost his life while on duty last year.

John Mackey served in Emergency Medical Service for 16 years before he was struck by a moving vehicle on Nov. 5 2015. He died four days later at University of Kentucky hospital with his family by his side.

Mackey was a craftsman and an artist who  enjoyed paintball, gaming, and music of all kinds. He was also a known member of the Renn Faire community, according to his obituary. He was also an organ donor.

The blood drive was not the only act in the community to honor Mackey.

Dawn Jett, a paramedic with the Jessamine County Emergency Medical Services for the past 15 years is selling T-shirts in memory of Mackey to raise money for Supporting Heroes — a non-profit organization that supports families of police, fire and EMS members who have lost their lives in the line of duty in Kentucky and Indiana. The organization was involved with helping Mackey’s family.

The T-shirts are green, Mackey’s favorite color, and they have the phrase “Remember, Remember” the last post Mackey made on Facebook, on Nov. 5.

The T-shirts are $15 each and $5 for every one sold will go to Supporting Heroes. The rest of the money will go toward paying Southern Standards and Company LLC, a local sportswear and retail who will be making the shirts.

“It’s just something to give back, to remember him and give back to supporting heroes,” Jett said.

Other fundraisers for Supporting Heroes include Jamberry, a company that makes vinyl nail wraps that uses heat to adhere to nails, and Scentsy, with products such as decretive warmers, scented wax, diffusers, essential oils, personal care products and scented cleaning and laundry products.

Jett said Avon and Thirty-one are also having fundraisers.

Hanley’s BBQ will also host a fundraiser from 11 a.m. to 8 p.m. on Saturday, Nov. 19. Ten percent of all proceeds will go to Supporting Heroes.

“If we can find a way to give back to the community thats what we try to do,” said Les Hanley, owner of Hanley’s BBQ.