Asbury students hosted an event this past weekend to raise awareness concerning the refugee crisis, and to fund a GO InterNational crisis response initiative.

GO InterNational is a ministry organization based in Wilmore. The organization plans and leads short-term mission trips to various places around the world. There are 19 students going to Eleonas, Greece this December to help at the long-term refugee center, said Emily Houp, Asbury student and organizer of the Refugee Greece Team.

At Camp Eleonas, refugees work on getting green cards, finding jobs or trying to locate family members. The camp currently houses around 2,500 refugees, and around 800 of them are children that could be educated by Asbury missionaries, Houp said.

With the refugee crisis going on so far away, Asbury students, like Houp, wanted to bring awareness back to Kentucky.

Camp Jewell Walk is the event students planned to do just that. The simulation camp mimicking the conditions refugees are currently living in, was set up Thursday, Friday and Saturday. Over the weekend, 12 volunteers camped out on Asbury grounds, and local restaurants provided food for some of the meals.

“I think the most outstanding part of the simulation is that students who are staying on the camp are not going back to dorms,” Houp said. “They are not putting on makeup, or dressing nice, they are choosing to really live on the camp.”

“We wanted to emphasize that refugees aren’t poor people, or the unfortunate who have fallen on hard times,” Asbury Student Milcah Cobb said. “The refugees are doctors, lawyers, teachers and students. They are just like us but have been forced out of their homes because of political turmoil.” 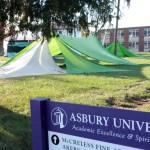 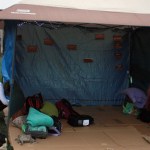 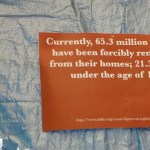 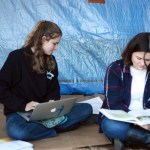 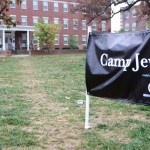 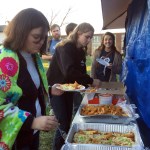