Despite loss in Elite 8, West volleyball looks to harness experience into another state tourney run 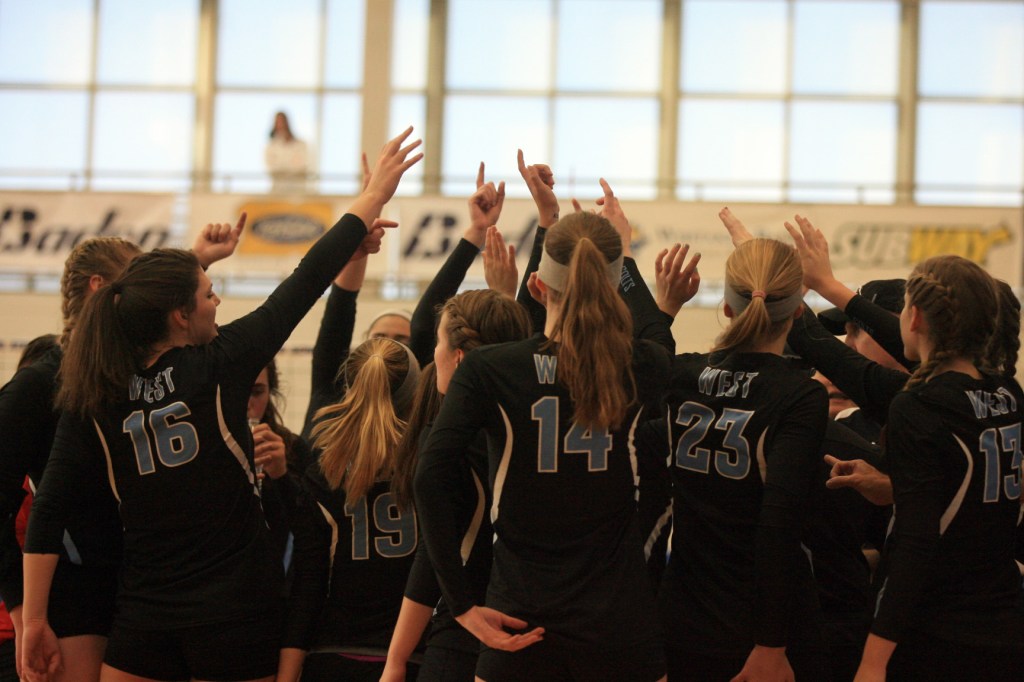 All good things must end. Yet for some, those endings aren’t the final chapter but simply an interlude in what could ultimately become a storybook ending.

Such is the case for West Jessamine High volleyball.

The Lady Colts succumbed to the accurate attack of North Oldham, 3-0 (25-15, 25-15, 25-16), on Saturday during the Elite 8 of the state tournament; the first such state tournament appearance for a West team that had been stuck in a vicious cycle of falling just short of the 12th Region championship game.

That trend is no more as the Lady Colts cruised through the 12th Region tournament en route to a 3-1 victory over Pulaski in the championship game — West lost just one set throughout the tournament.

Riding high, the Lady Colts harnessed that momentum into a dominant 3-0 (25-6, 25-11, 25-22) victory over Letcher County Central on Friday during the opening round of the state tournament. The win sent West into Saturday’s match against 8th Region champ North Oldham.

Final -Letcher Central put up a fight in the 3rd set but West rallies, 25-22, to ink the sweep 3-0 and advance to play North Oldham tomorrow pic.twitter.com/fG5Ncp7U3a

“We talked to them and read them some letters, some motivational stuff, watched some videos and they were fired up,” West head coach Bill Bird said of his team’s mindset heading into the opening round of the tournament. “They were ready.”

As ready as West was on Friday, it could do little to quell the attack of North Oldham on Saturday. The Lady Mustangs were a different beast. And as Bird pointed out after defeating Letcher County Central, all the teams that advanced past the first round were really good.

From the onset, North Oldham applied their strategy of neutralizing the middle of West, in particular, setter Alexis Rich. Without the ball in her hands, the Lady Colts were unable to consistently generate any form of attack, which forced the outside hitters to carry the bulk of the offense.

Without any chance to set the offense and mix up the attack, West was forced into a predicament where its only option came from the left side. That predictability played into the hands of North Oldham. The Lady Mustangs were then able to attack at will and on that day, their shots were deadly accurate.

The loss for West concludes a season in which the Lady Colts went 31-9 and finished as 46th District champions and 12th Region champions. Though the Lady Colts fell just short in a tournament historically dominated by private schools, viewing the loss as a disappointment would be a disservice to a team flush with young talent.

As Bird said, advancing into the Elite 8 with a team as young as his is an accomplishment in itself.

Despite the loss of its talented seniors, West is built for the future and the experience gathered throughout this season will only serve to provide the Lady Colts with an excellent opportunity to find their way back into the state tournament.